Coronovirus has a feature due to which it is noticed too late. Serious inflammatory processes in the lungs occur asymptomatically, quietly. The danger of “silent hypoxia” is that a person does not even know about the irreversible processes that destroy the body. In this project, I tried to immediately identify changes that occur in society and in me during a pandemic.

The pandemic plunged the world into a new reality. The familiar life, as we knew it, no longer exists. It is canceled, and for an indefinite period. Now the main task is to avoid the threat, to be in the passive role of the viewer. You can monitor the spread of the virus on the screen of your monitor. The virus itself has become a medial hero. News about quarantine events is like incredible footage from a science fiction film. Some things have become part of our daily lives. The future has come, but we did not notice it.

The attic became an improvised studio. There, as if from another space, I thought and watched the changes taking place. Reflecting reality, I introduced cultural, historical social, and fictional contexts.

I created symbolic still lifes and self-portraits. Additional semantic connotations are associated with their images (an indication of the environment, lifestyle, transience of being, values, etc.). These are symbols of our time, they are already passed through the personal experience of everyone, but have not yet become a collective unconscious, which has a universal, not an individual nature.

Social exclusion made us feel the situation of lack of freedom and the lack of communication with society. Self-portrait is one of the possibilities to say «I AM», as if a gesture allows you to overcome oblivion.

In portraits I only partially express my own self. I use the alienation of individuality as a positive value. Due to the change of images, depersonalization and confusion with other people occur, a compensatory feeling of closeness and unity with society appears. At the same time, the “mask” helps to hide internal emotions from prying eyes, become anonymous, and frees itself from the need to conform to other people’s ideas. My characters are half fantastic, half real, they are in synthesis with transformed space.

Symbols and elements of different eras are visible in the images, this made it possible to convey the feeling that time seemed to have layered and stuck together, the future became a returning past. At some point, the image refused to compete with reality, erasing the boundaries between objects and space. 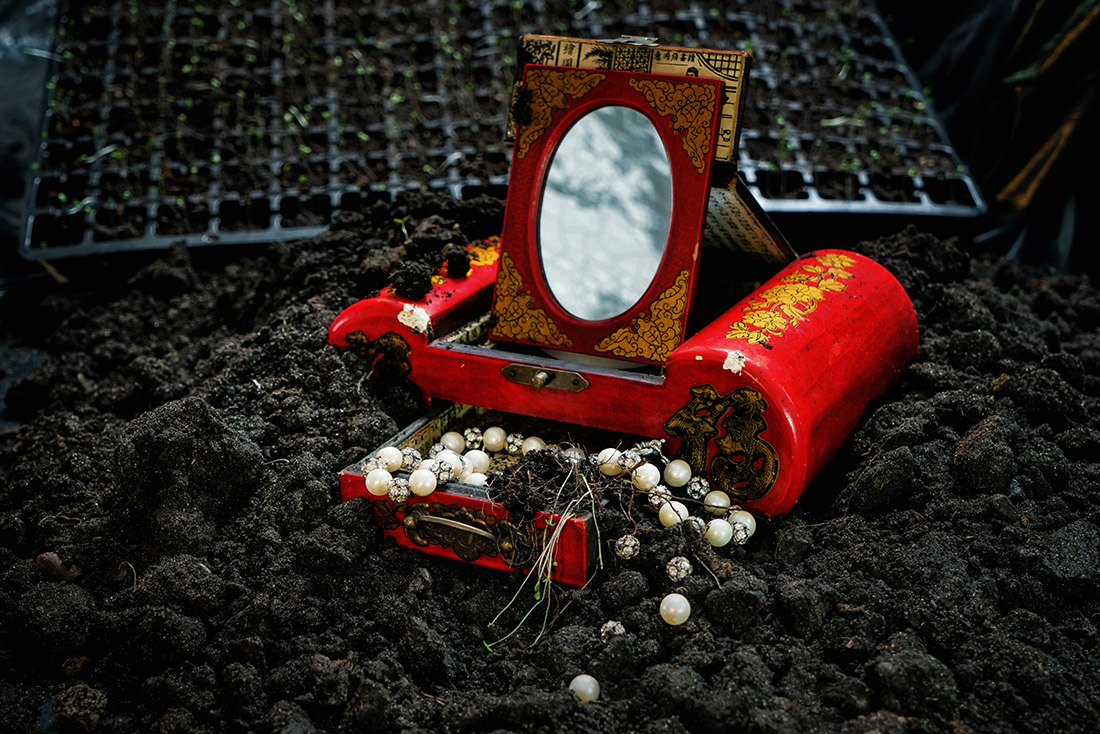 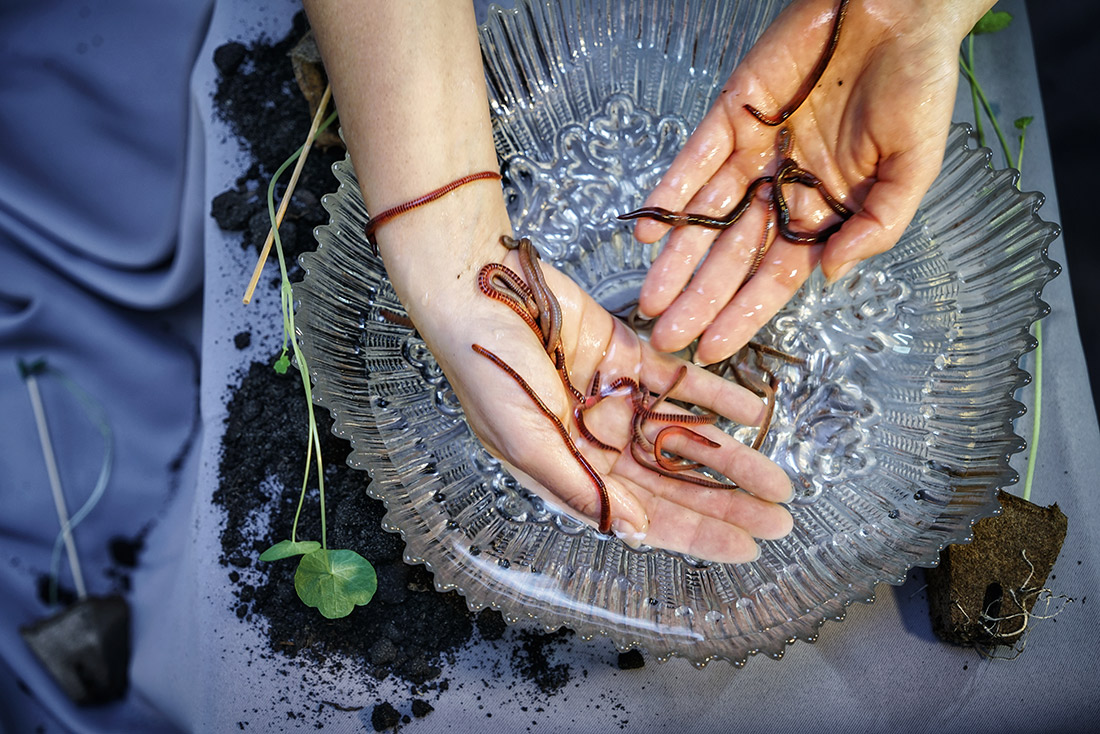 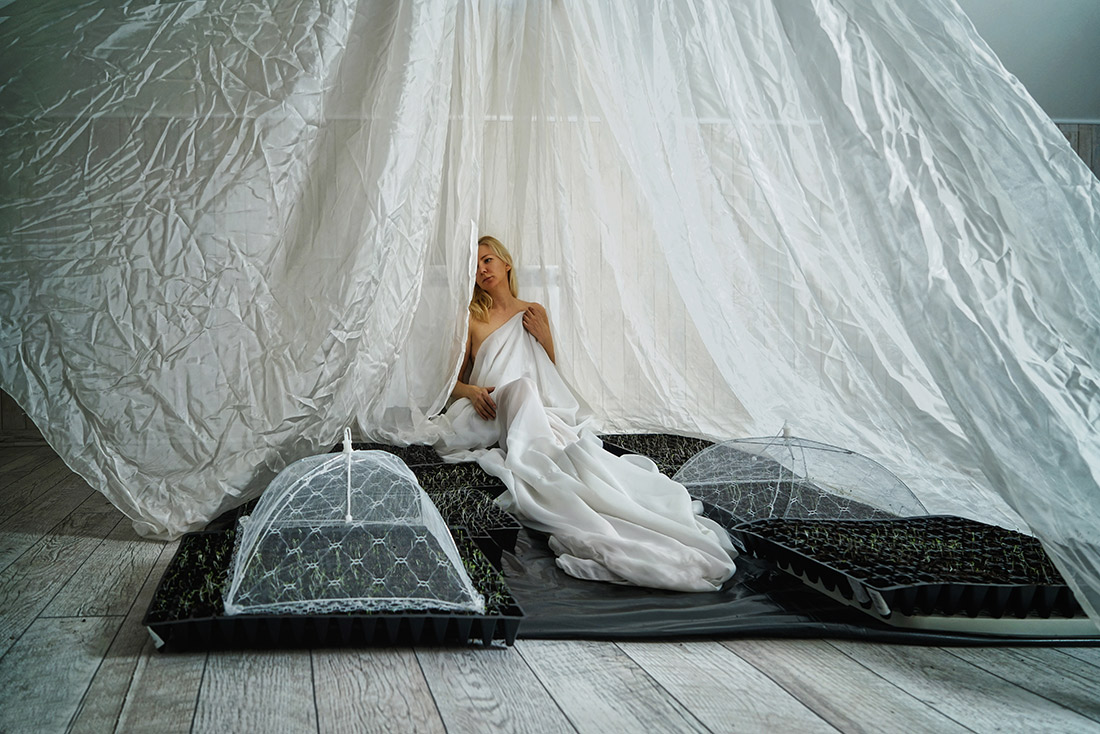 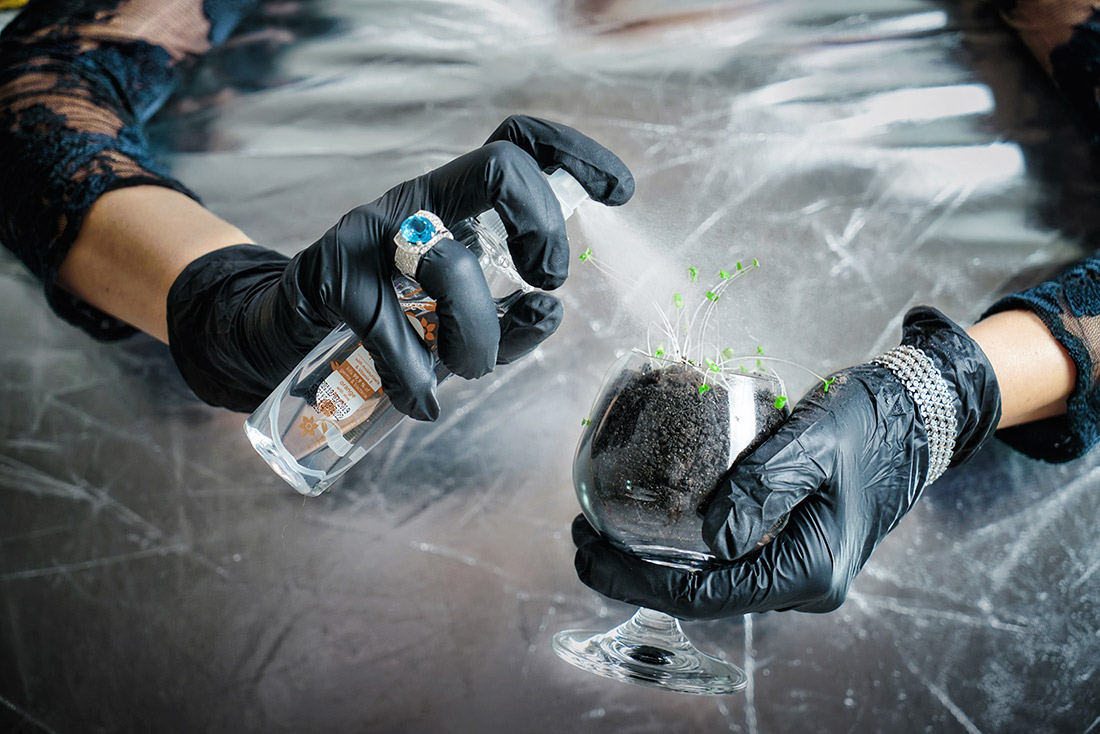 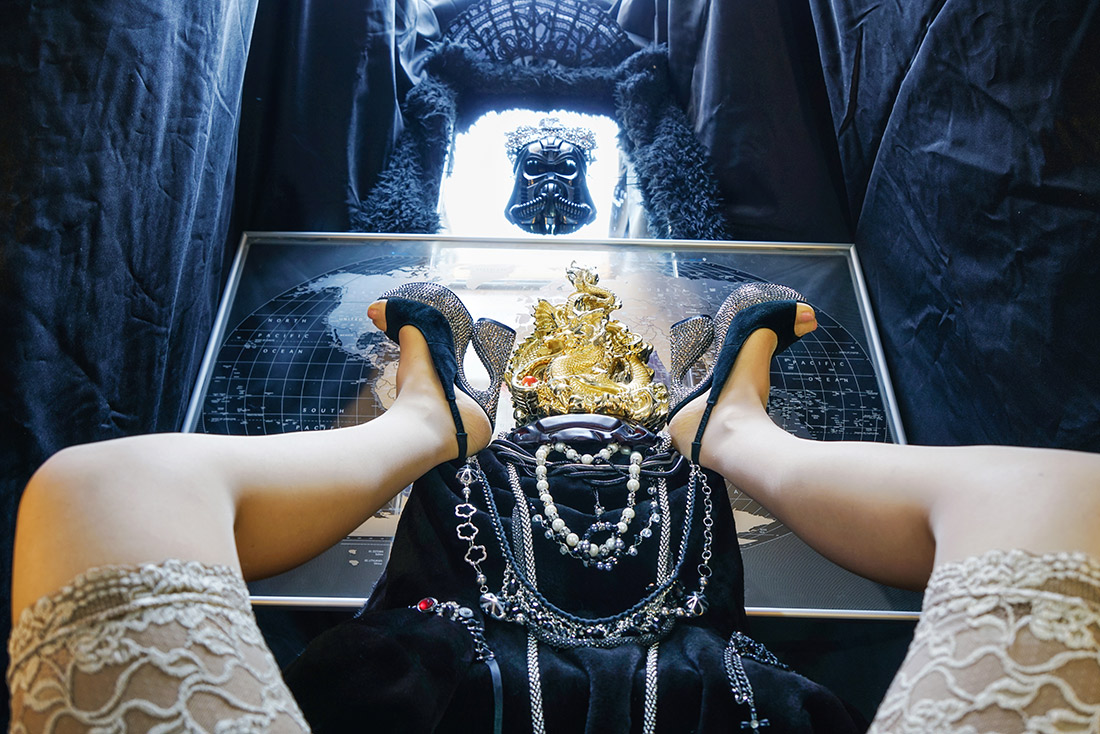 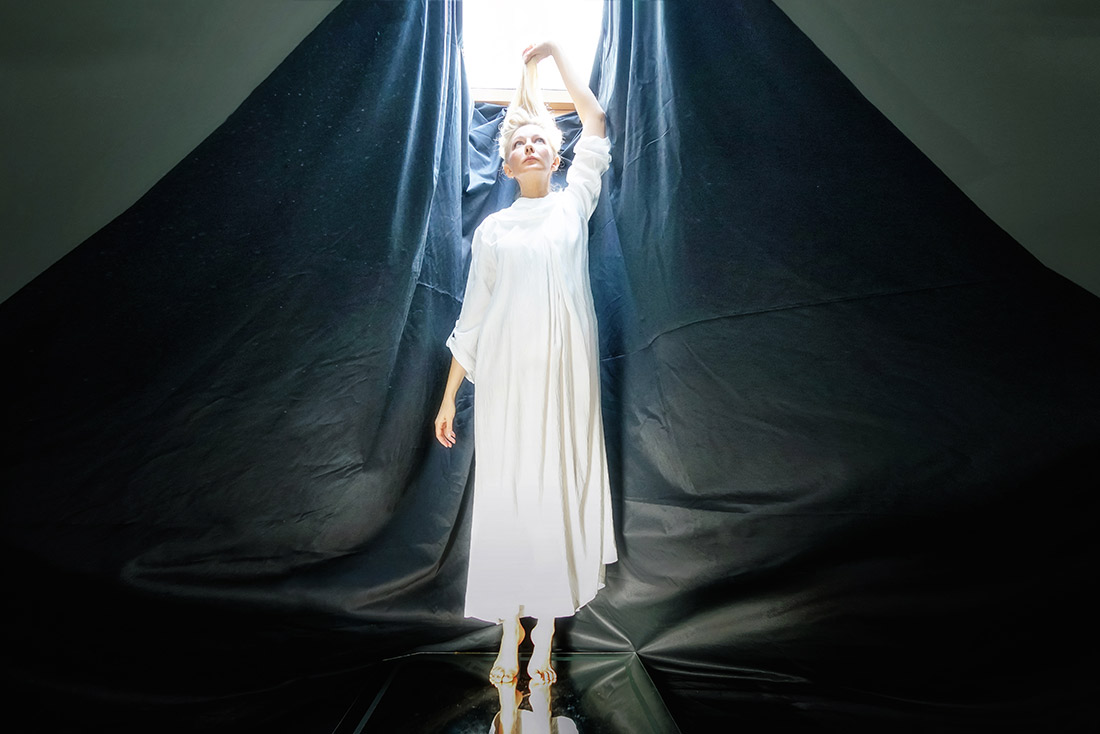 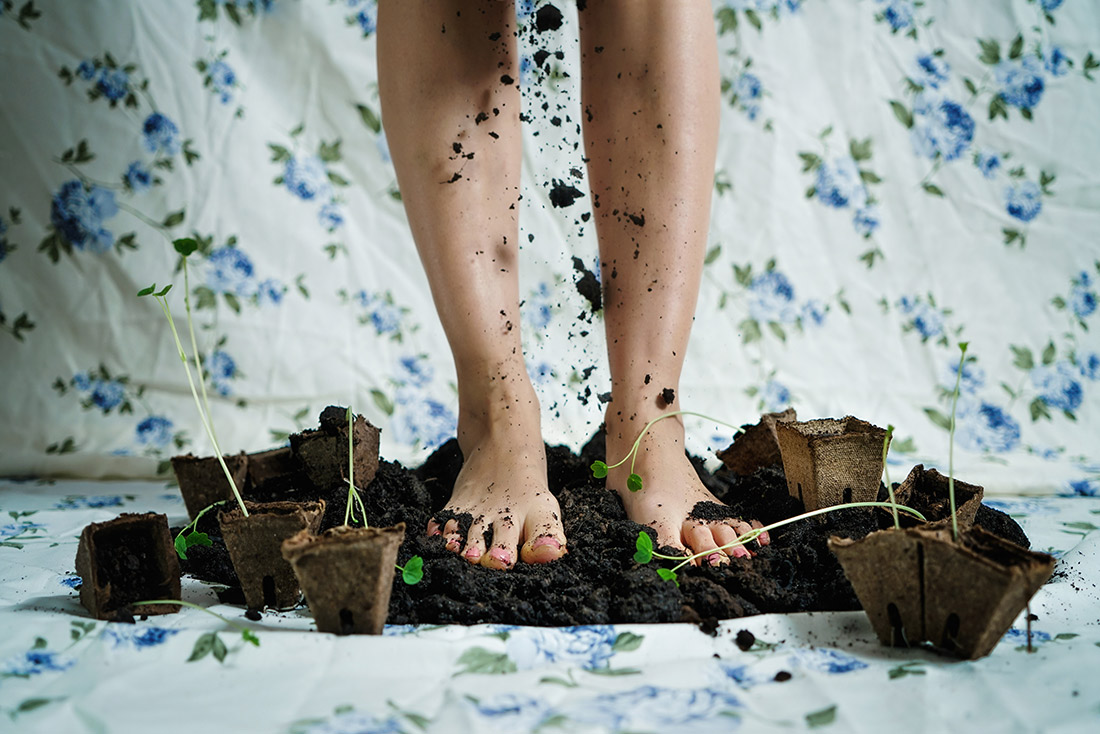 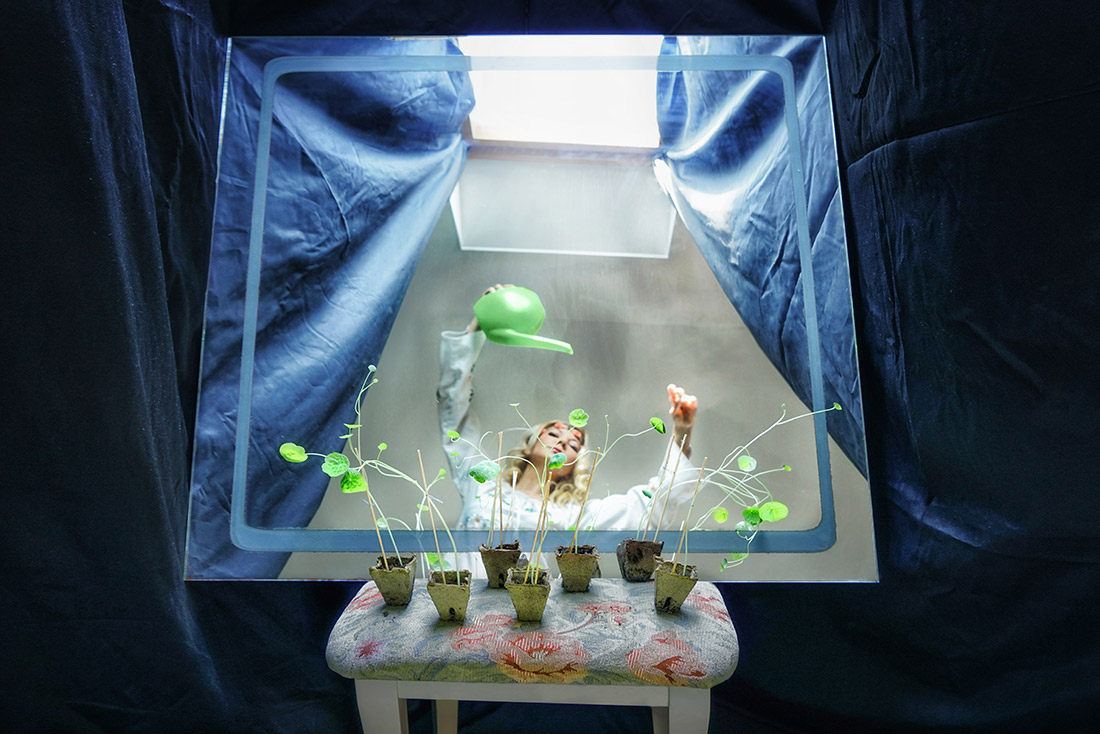 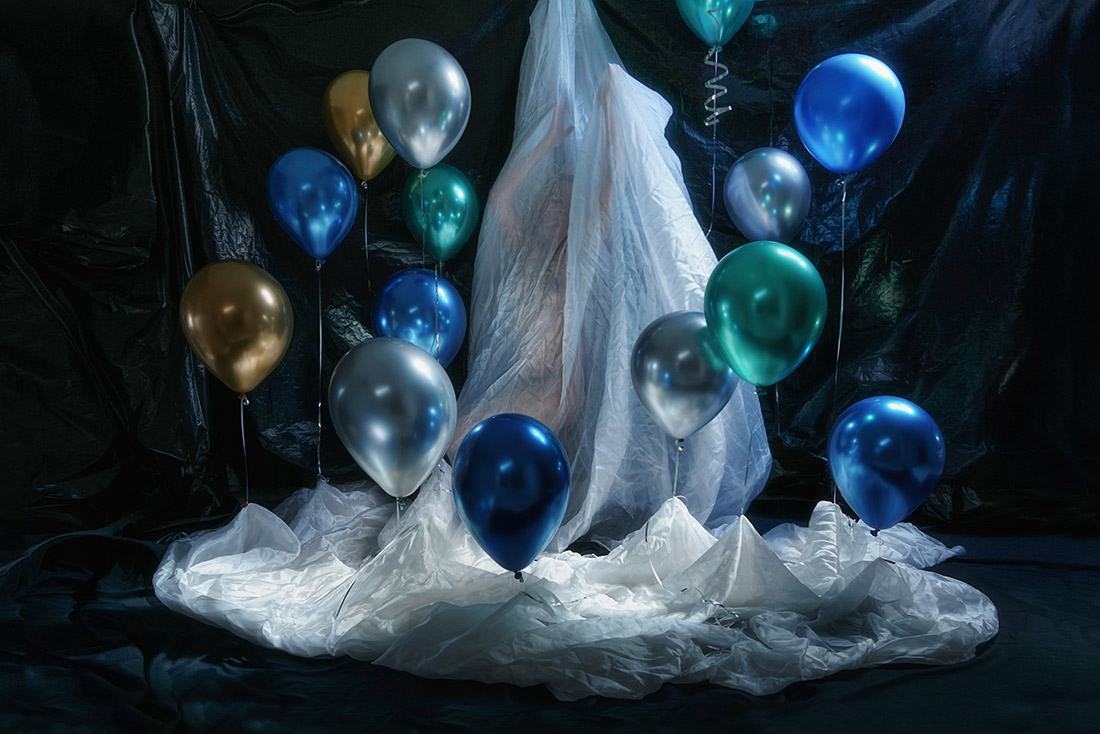 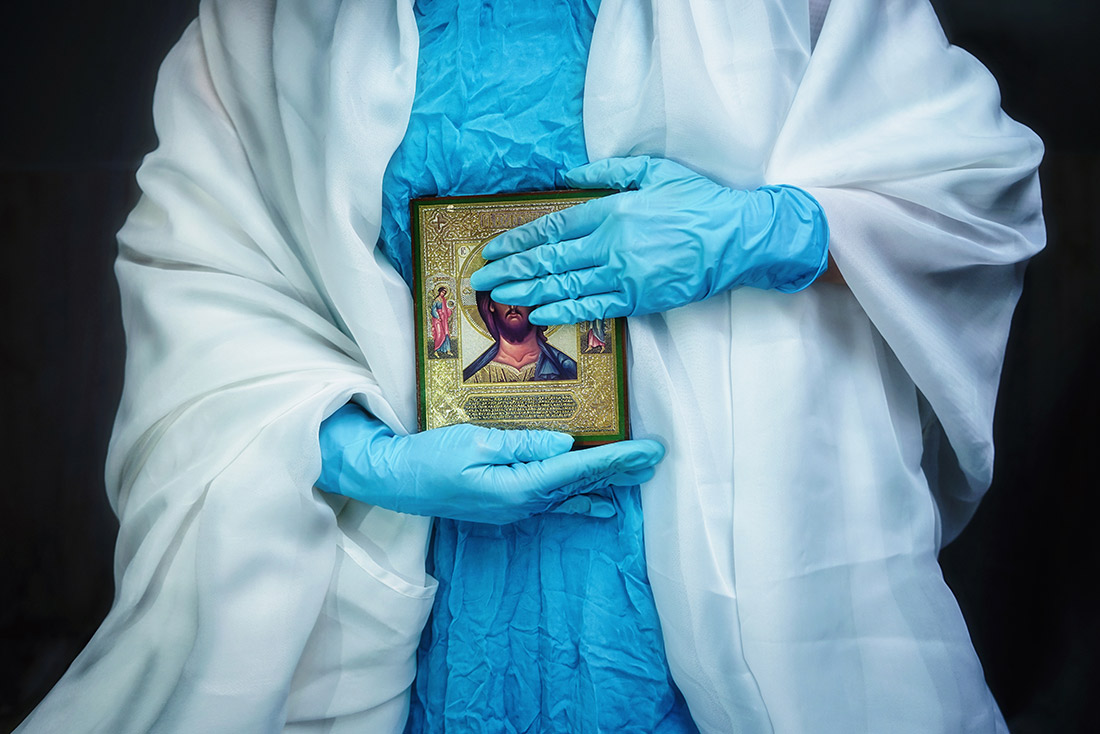 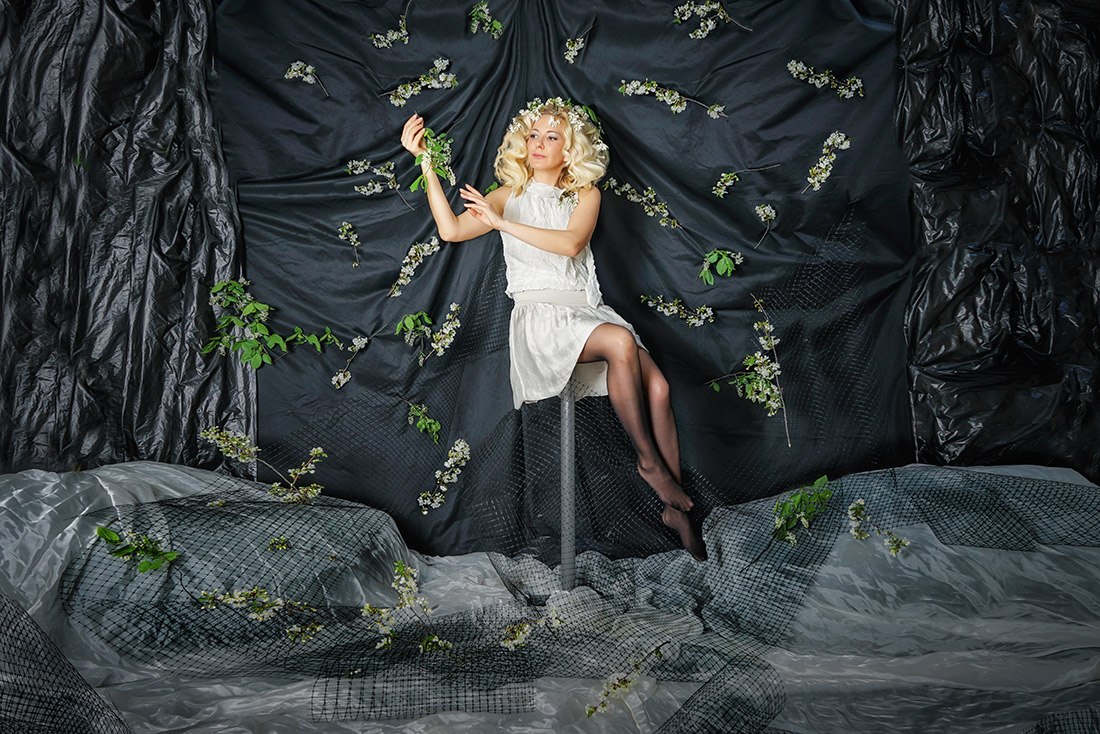 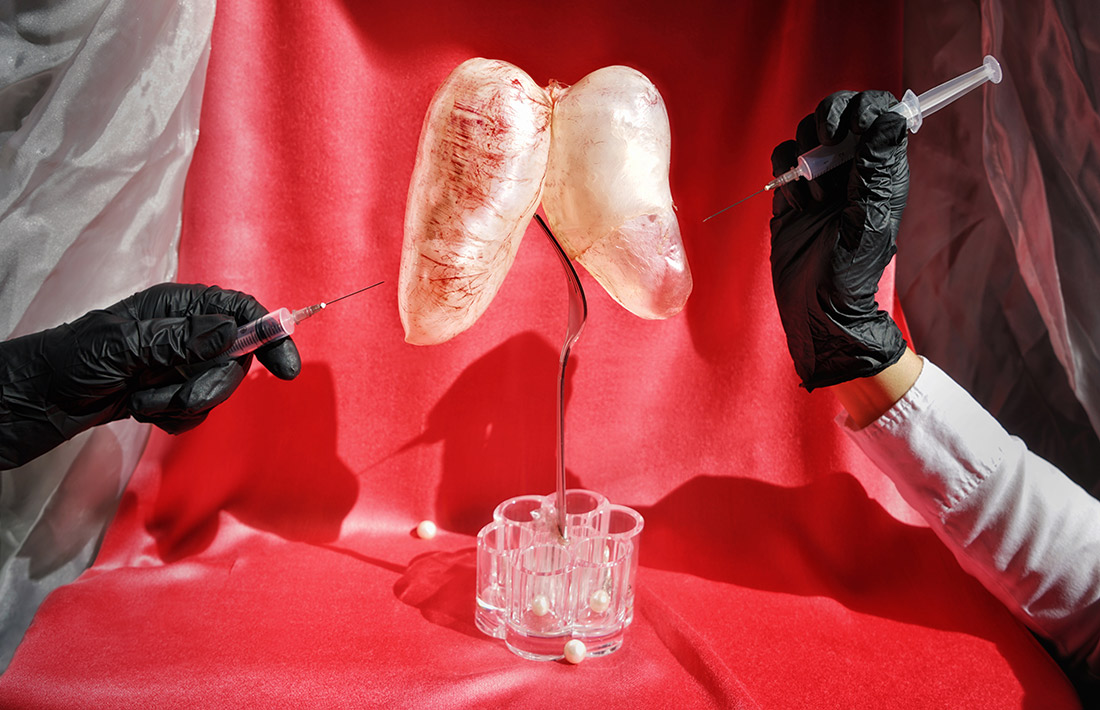 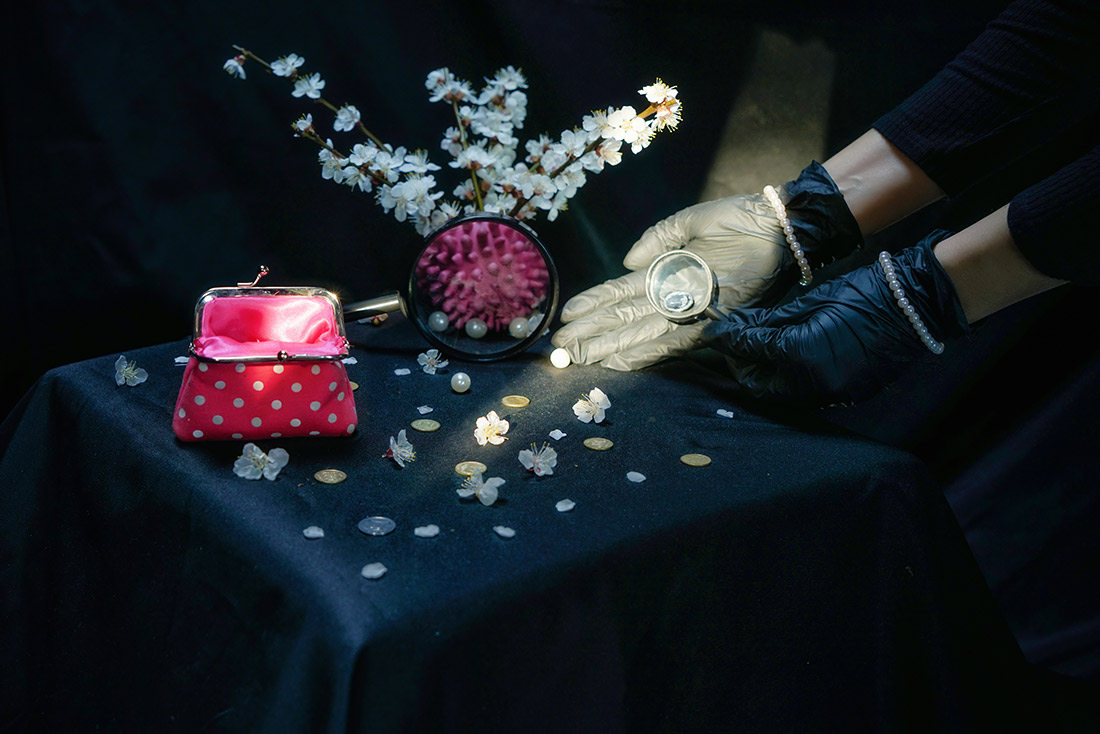 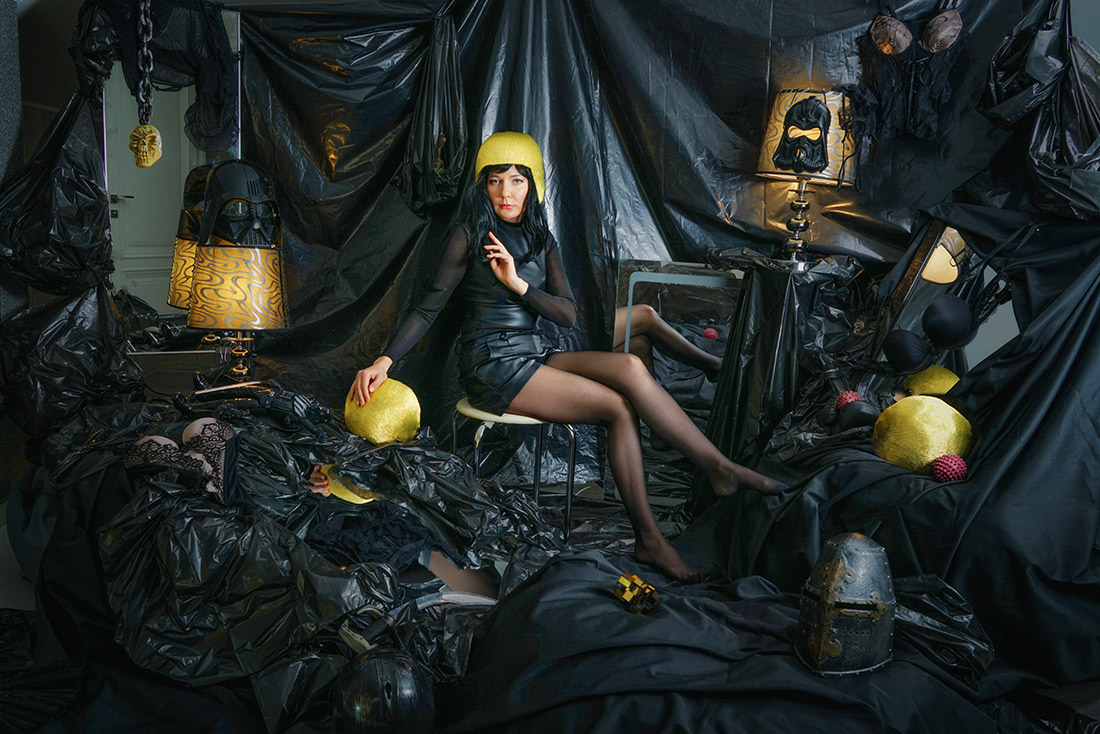 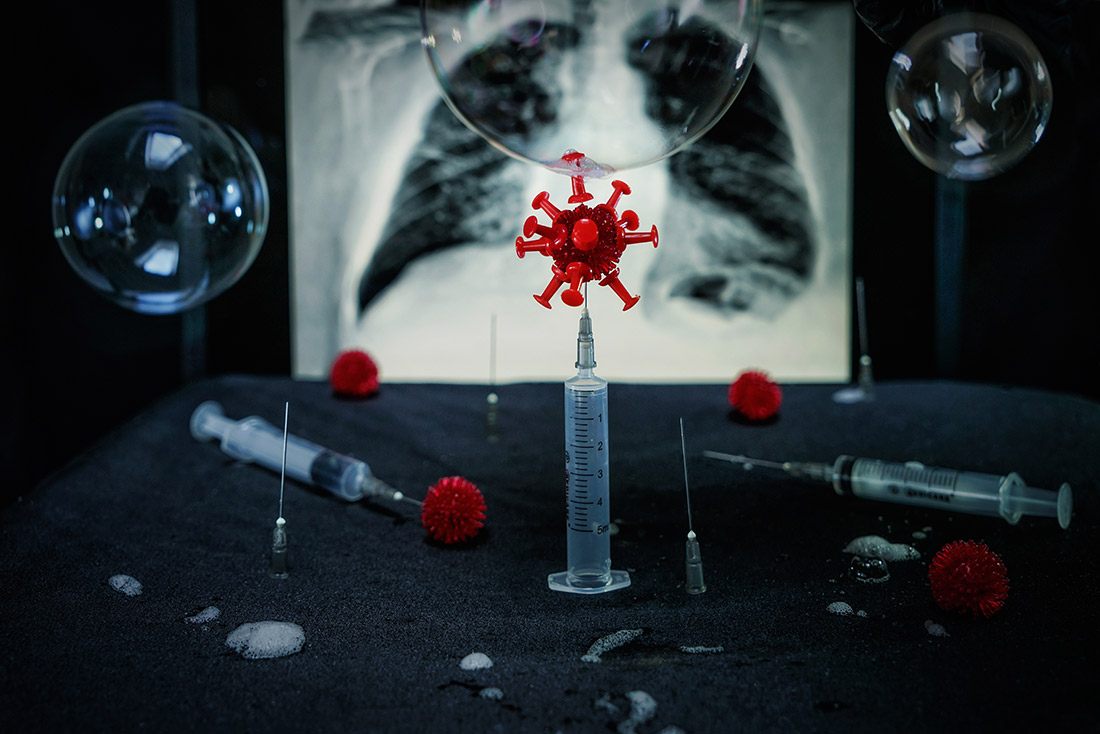 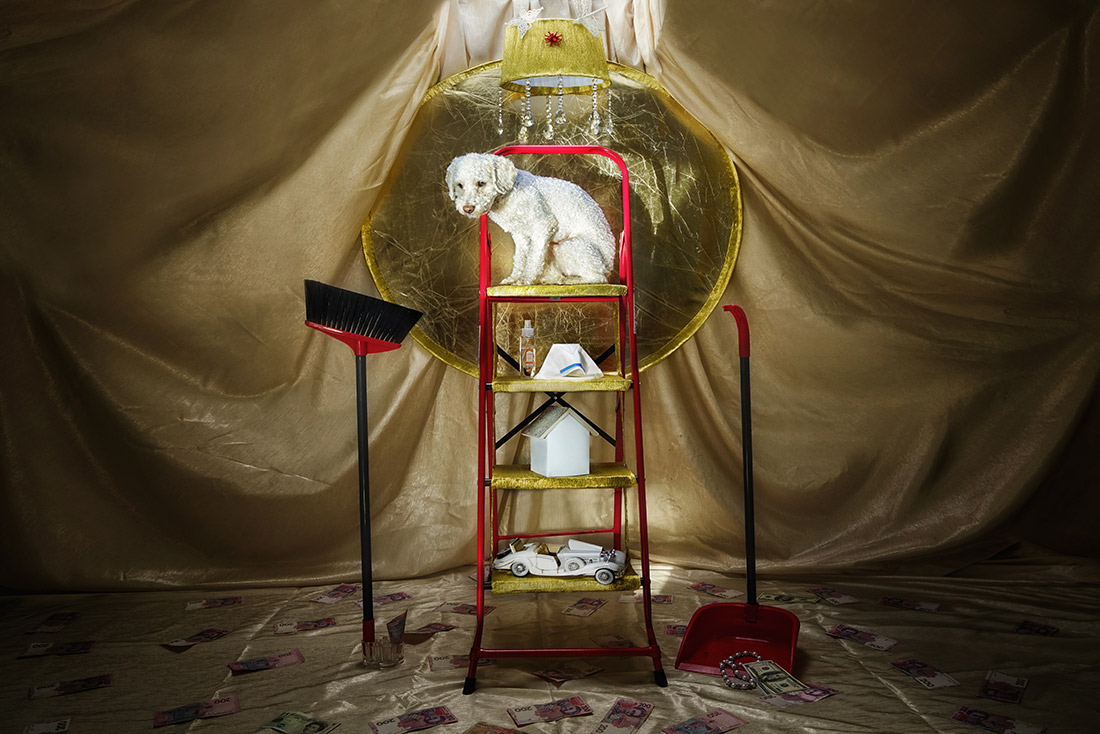 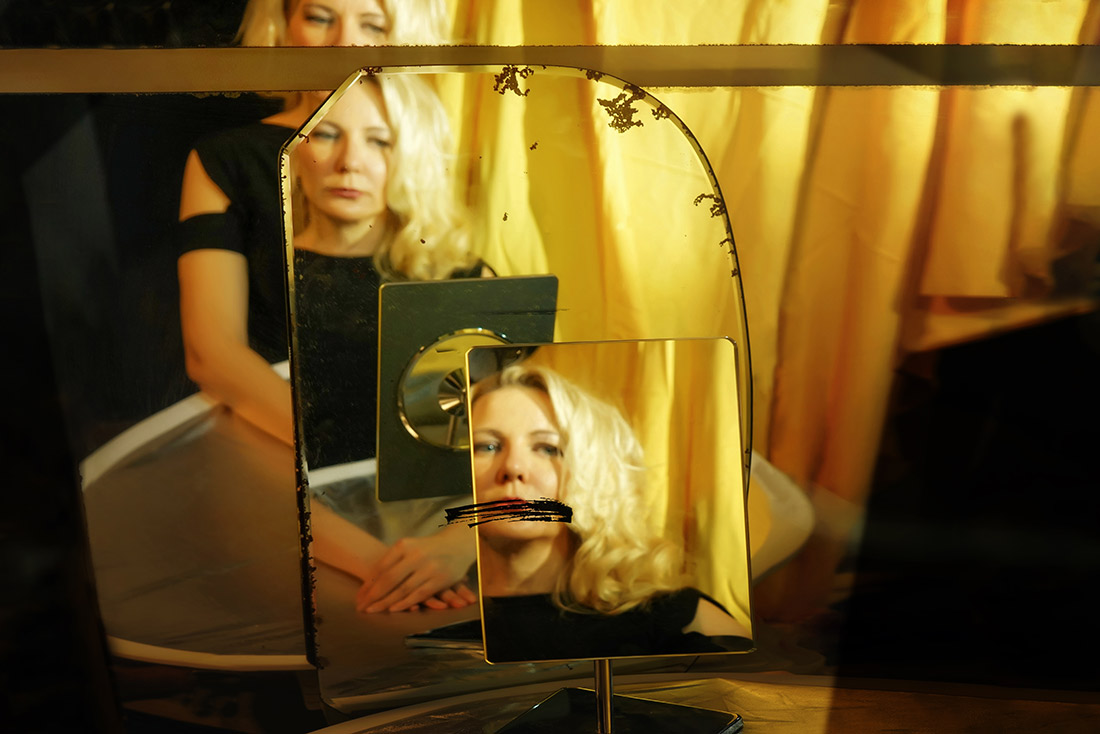 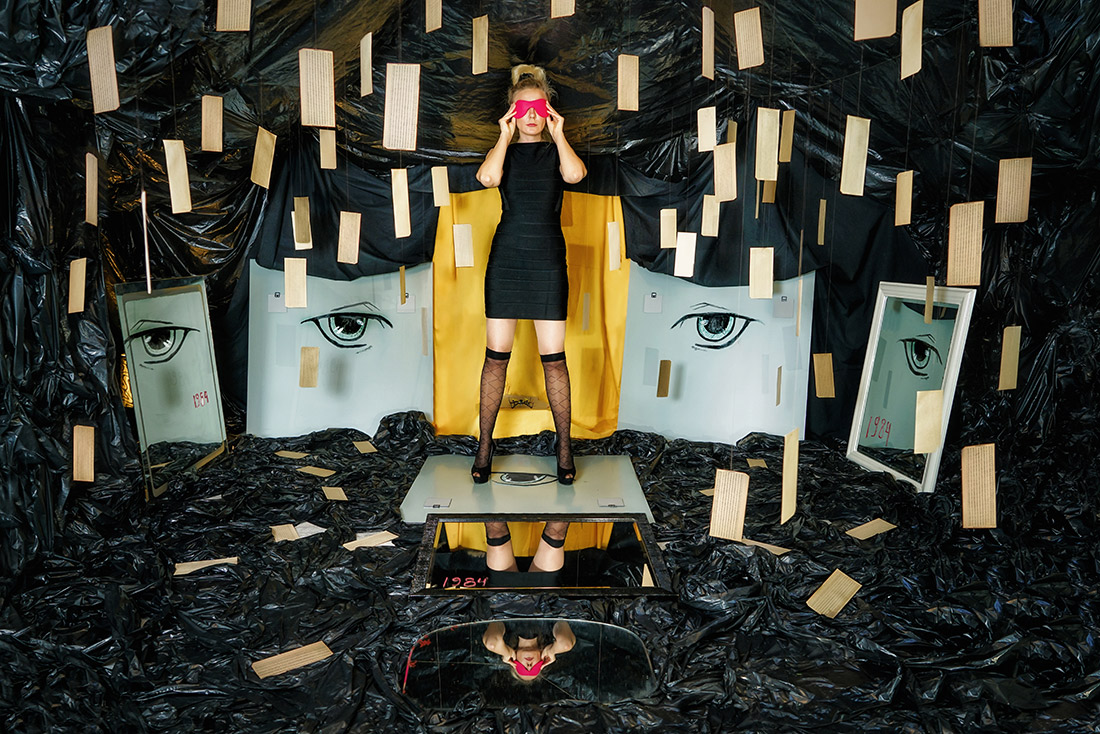 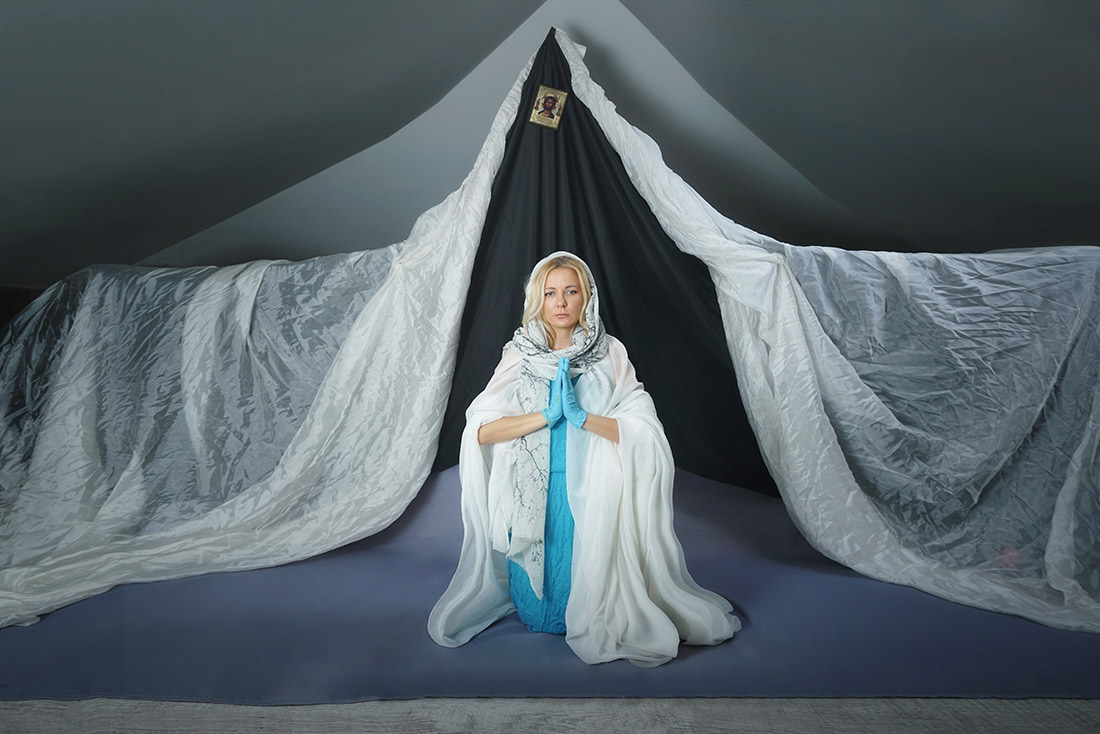