For more than three years the war has been going on in Ukraine. Near the front line, people live in constant danger. Life in populated areas is present, but de-facto is that they are transformed into «exile cities”. Signs of normal life remain — schools, kindergartens function. However, at night, everyone is hiding in the houses because of shelling.
About 14 thousand children live in Donetsk and Lugansk region. Many of them had no life without war. For others — the war is already half of their life.
Christmas is one of the most joyful, beloved and long-awaited holiday. It bear no resemblance to holiday in the front-line territories. Hand in hand with the holiday — the destroyed houses, the military with machine guns, bags of sand on the windows. There is often no electricity, no gas in their homes. They can not do elementary things: to heat the house, to wash up, to cook food.
Volunteers of the AKCenter decided to give children a holiday and realize their children’s dreams. This project was called «Santa’s Reindeer». They collected letters with wishes from children that live in the front-line territories. Each wish of the child was written in a special table. The list is publicly available on the Internet. Everyone could log in there and choose a child for whom he is ready to become Santa.
Children dreamed of an aquarium with goldfish, dreamed of a puppy or a hamster. And also: constructor, dolls, balls, medicines, rollers, sets for creation. And candies. A lot of candies. One boy, for example, asks for «any» phone. He writes that his family has many children, only his mother has a phone, and «when my mother is not around, I really want to call her.» Almost in everyone — the cherished desire «that there would be peace.»
Parcels with gifts were received from 49 cities and villages of Ukraine, Canada, the USA, Spain, Italy, Germany, Israel and Monaco. 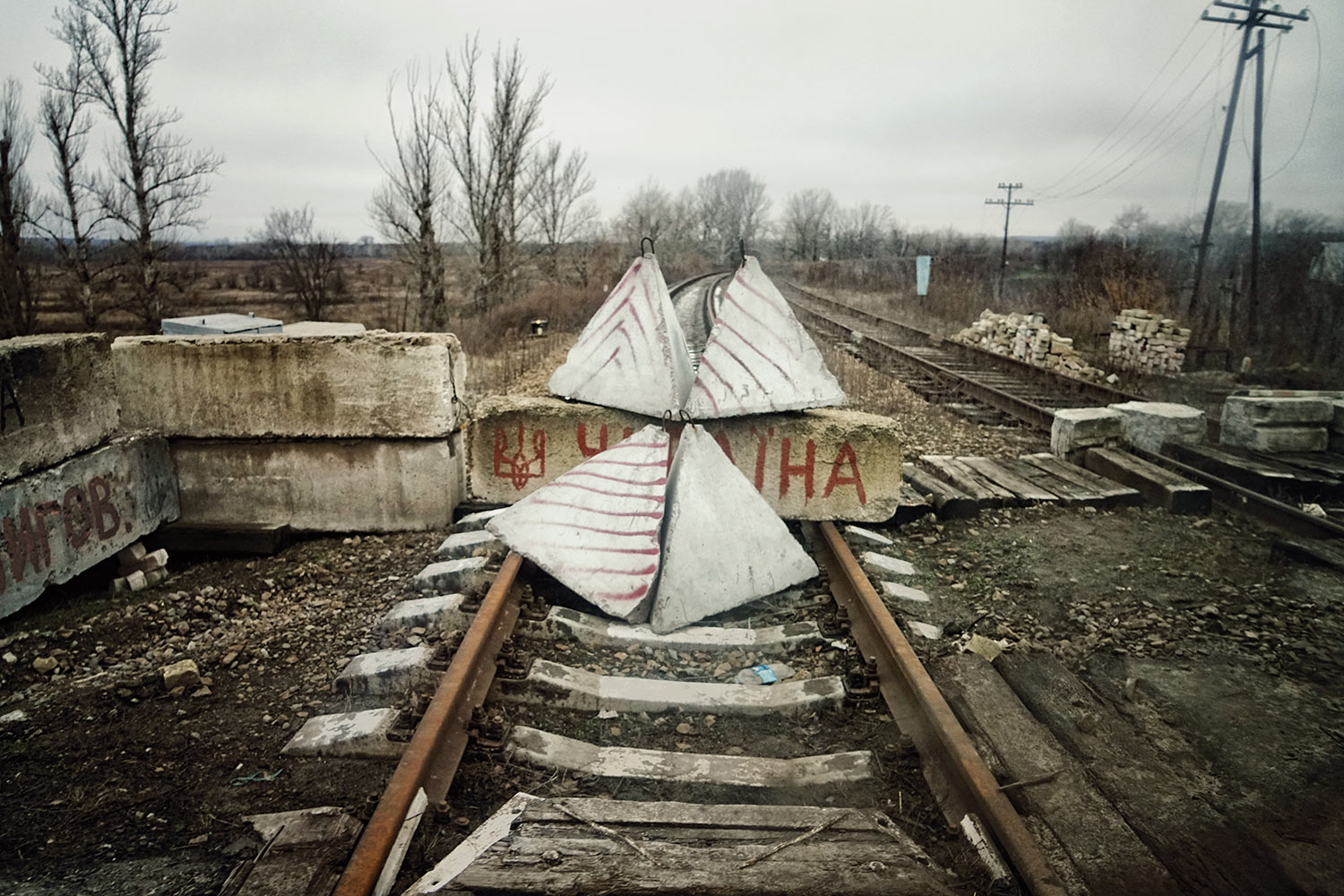 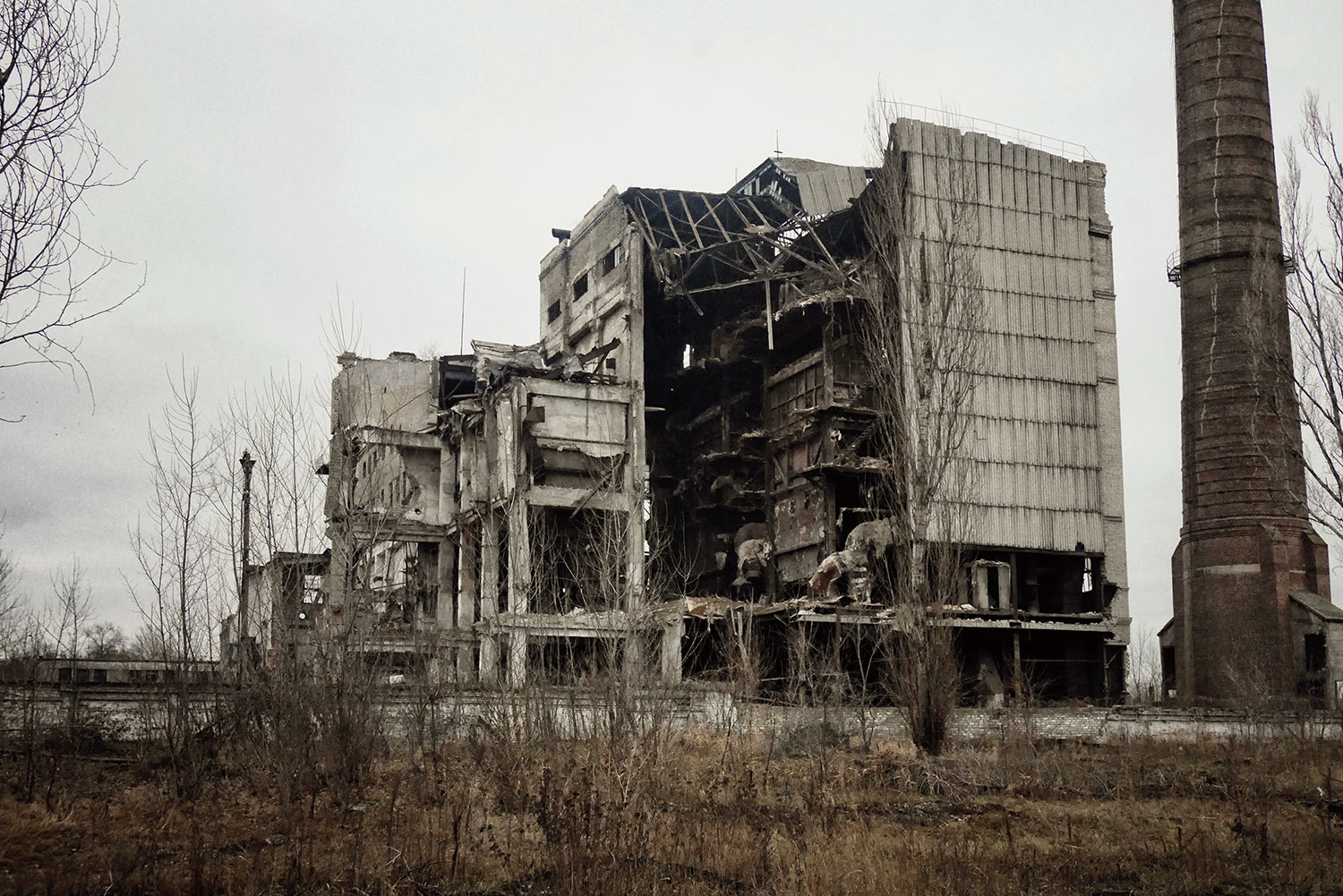 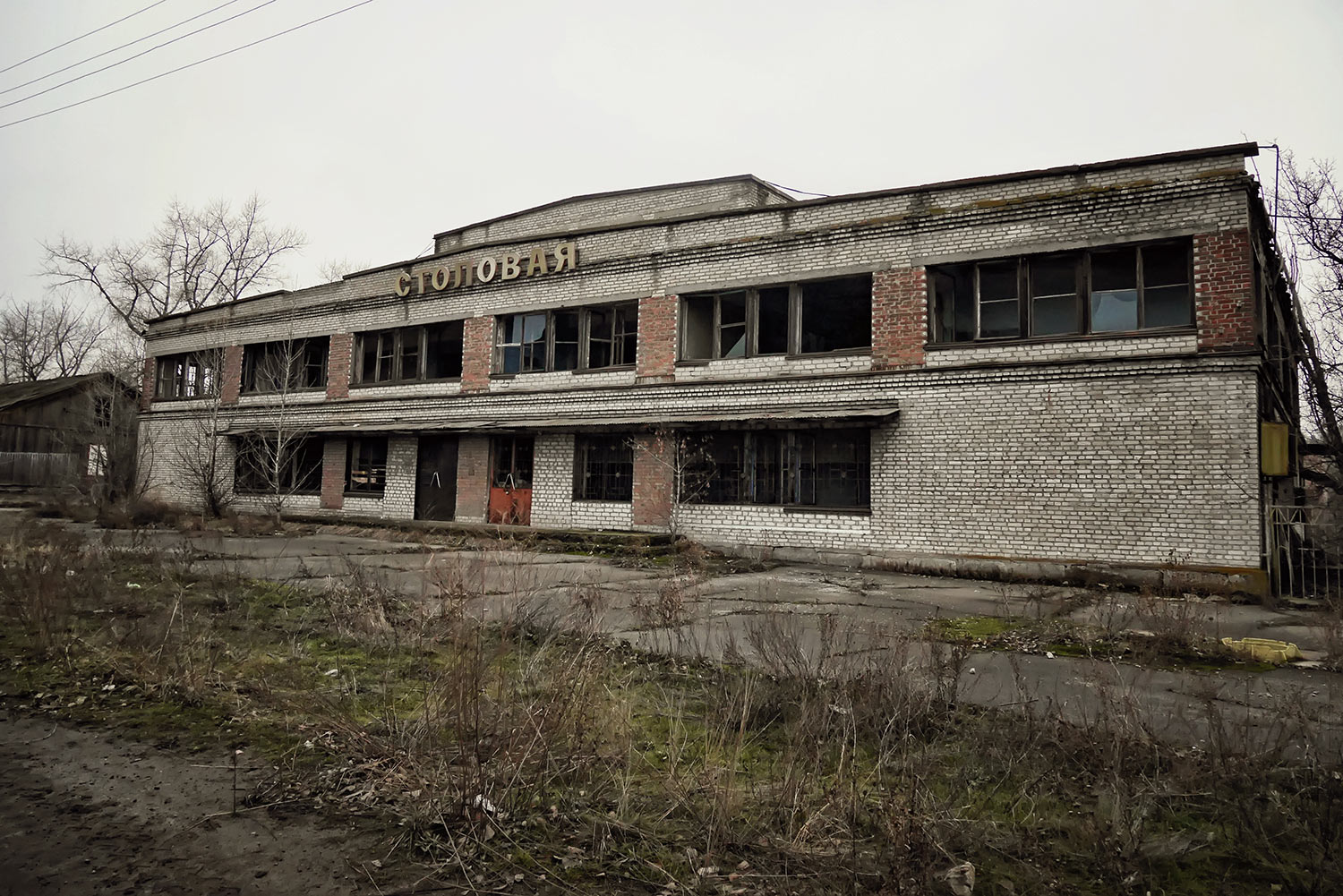 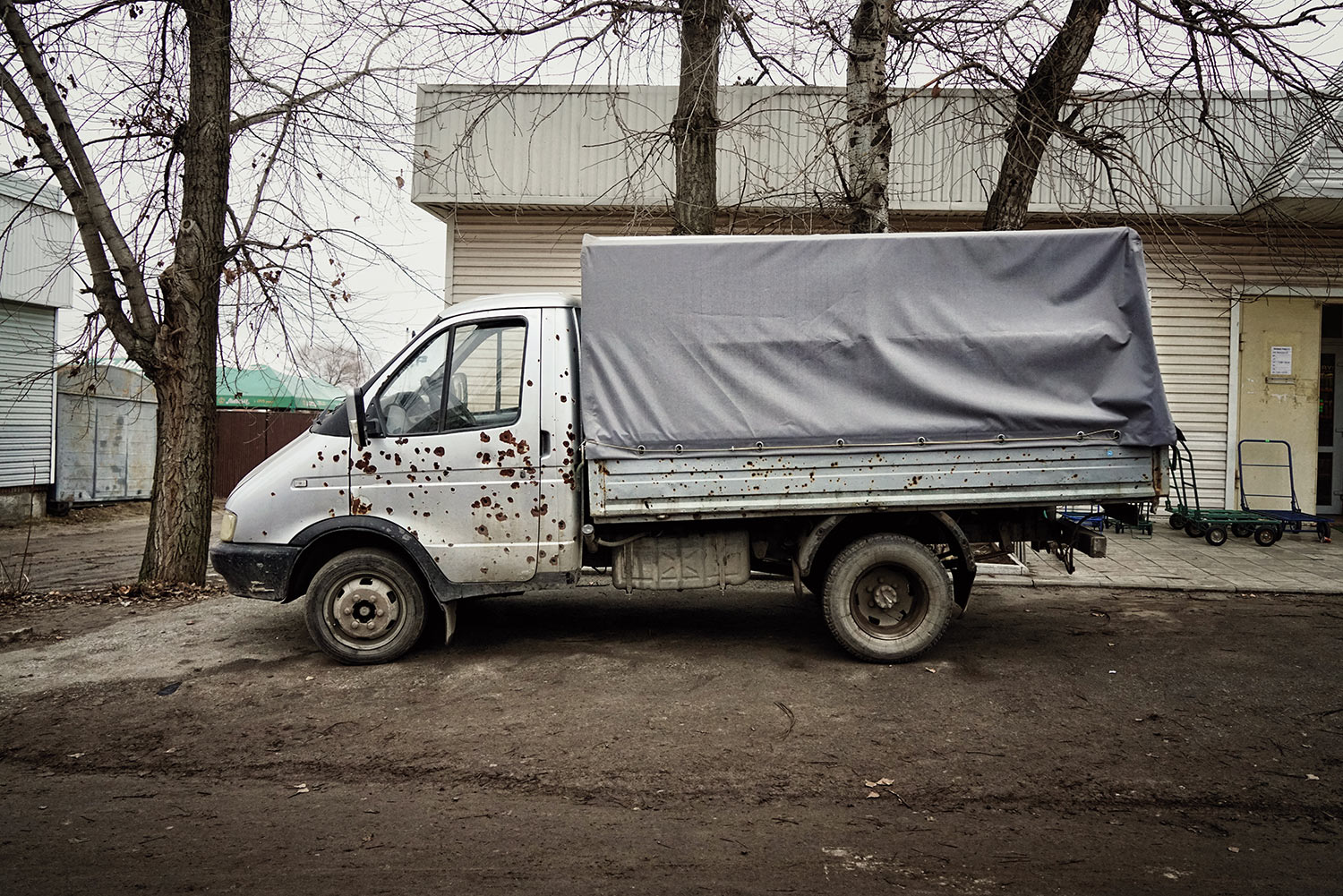 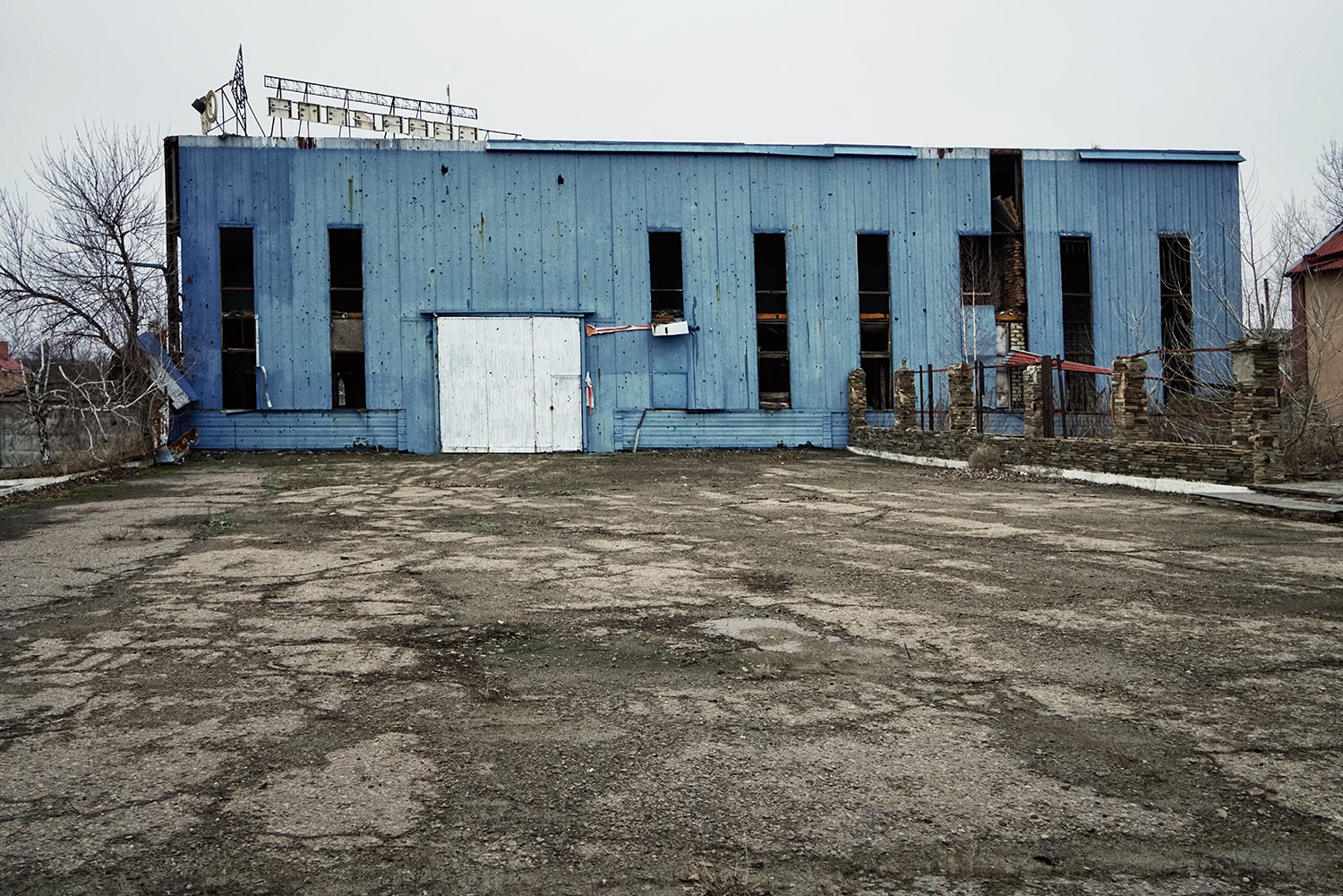 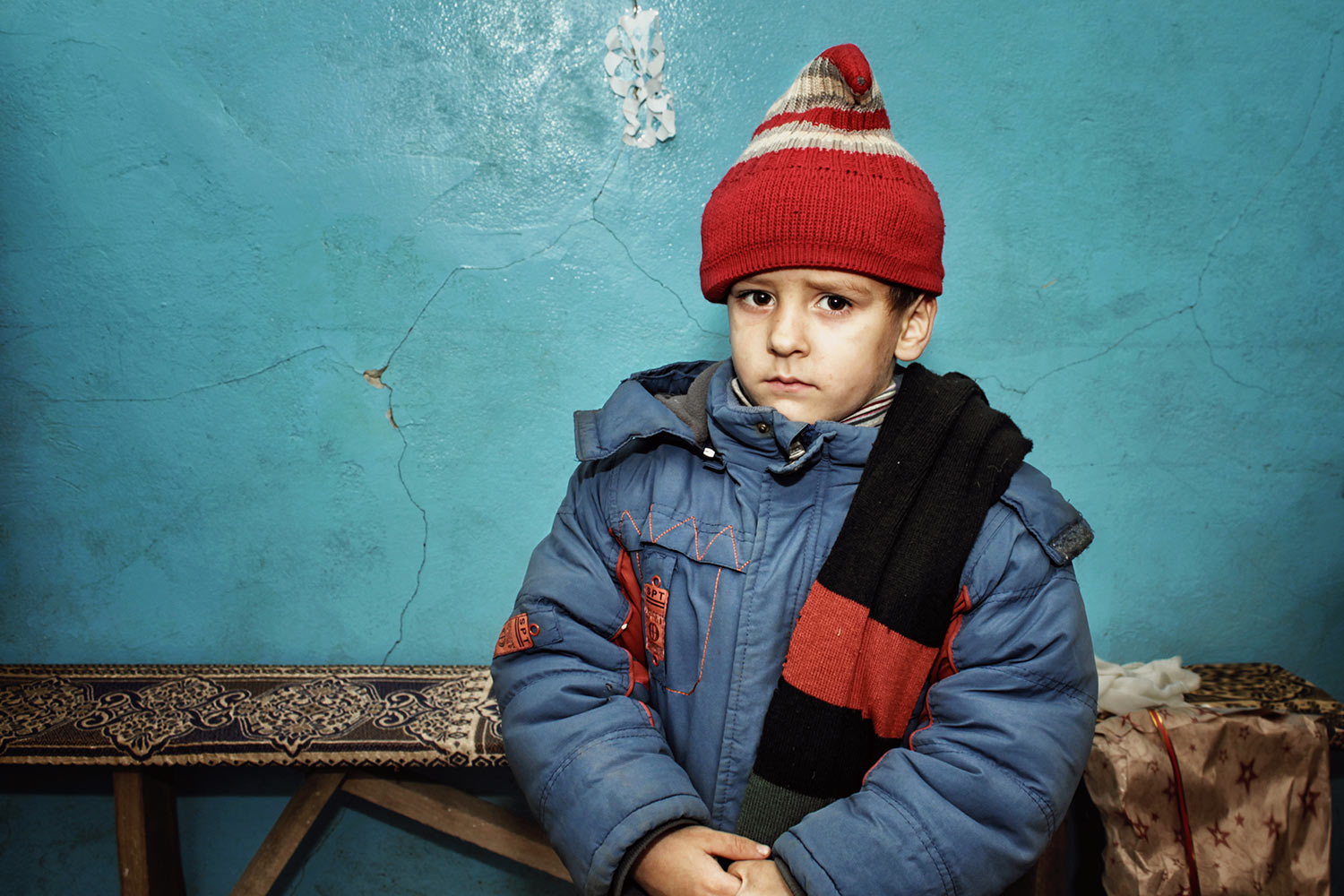 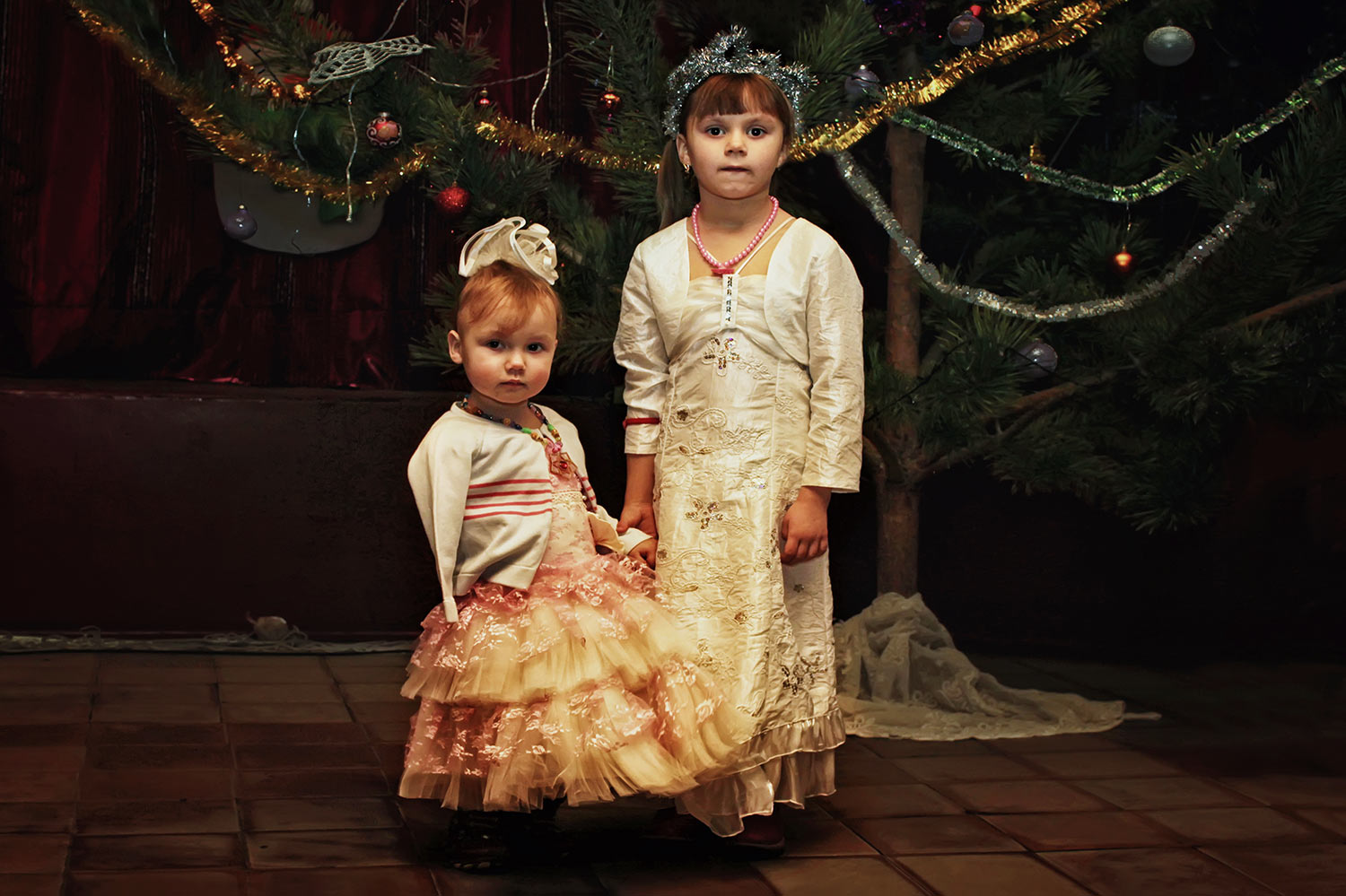 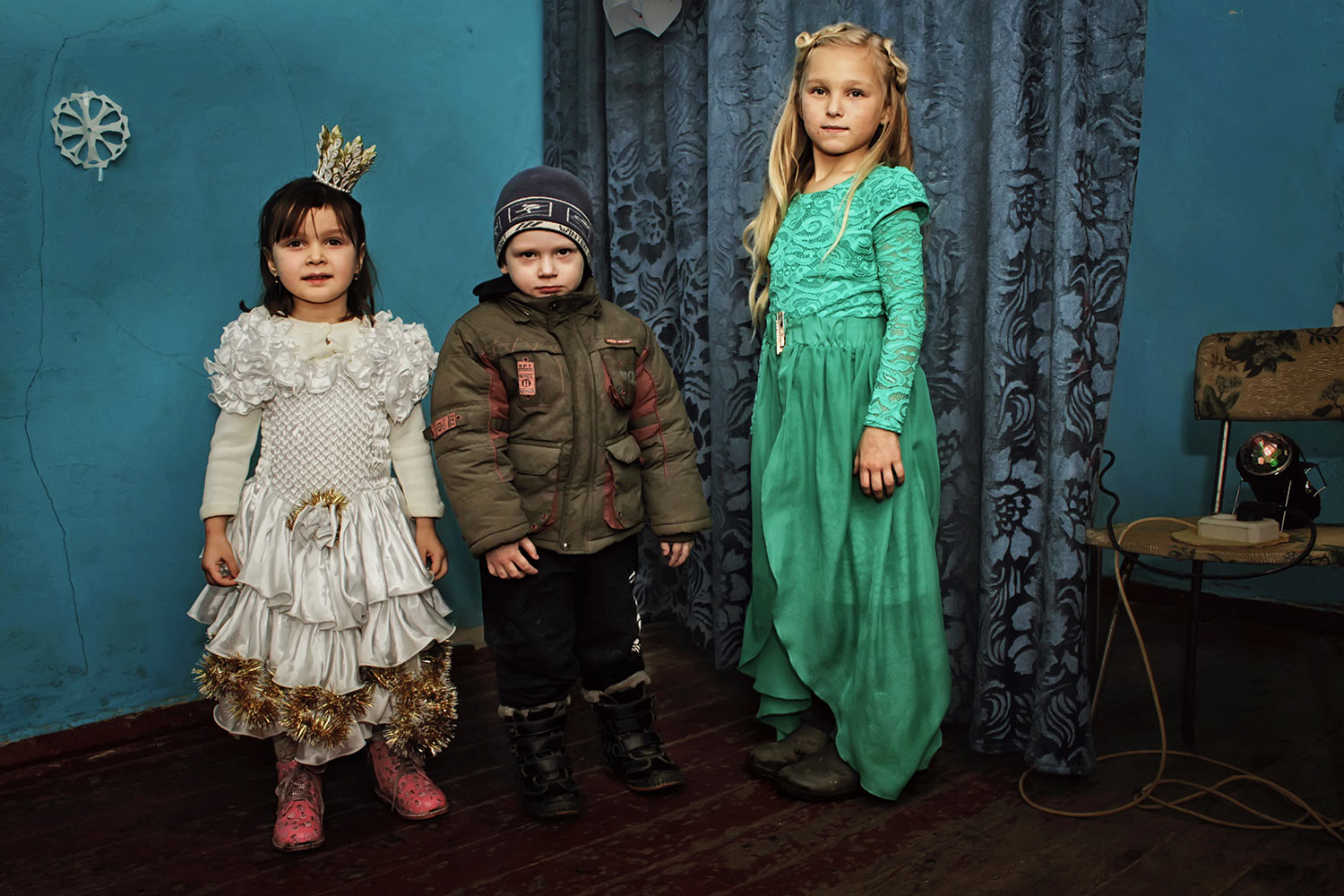 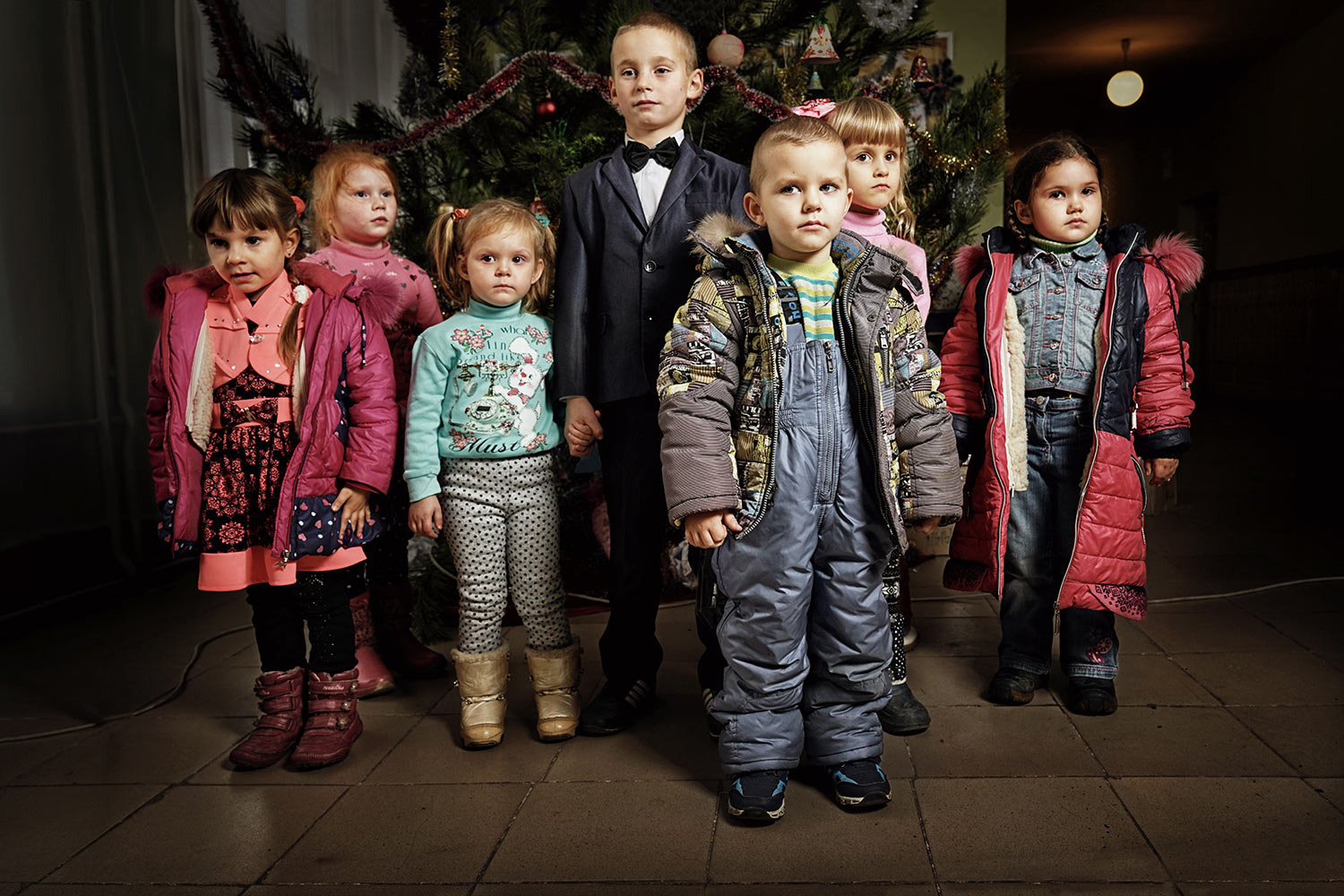 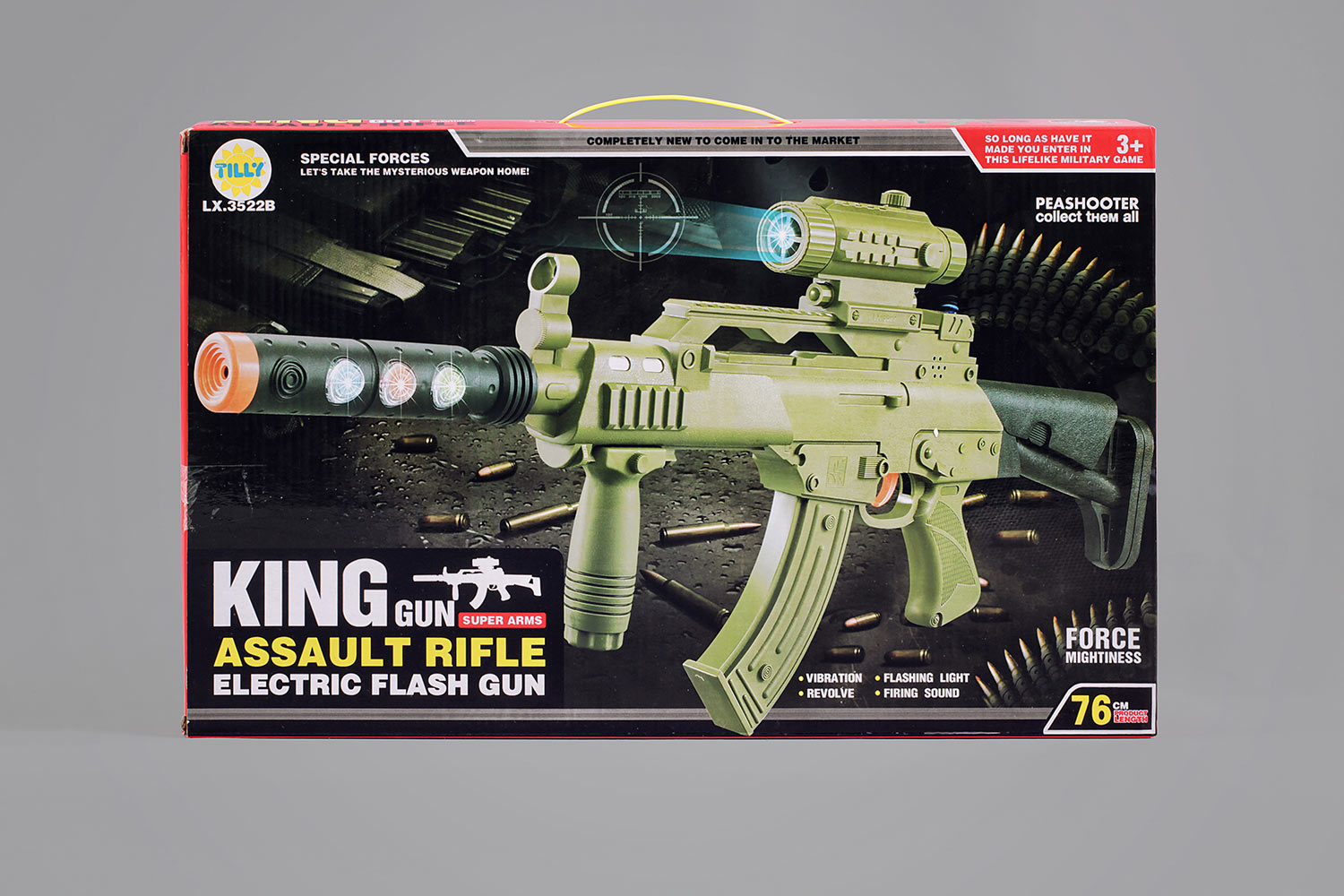 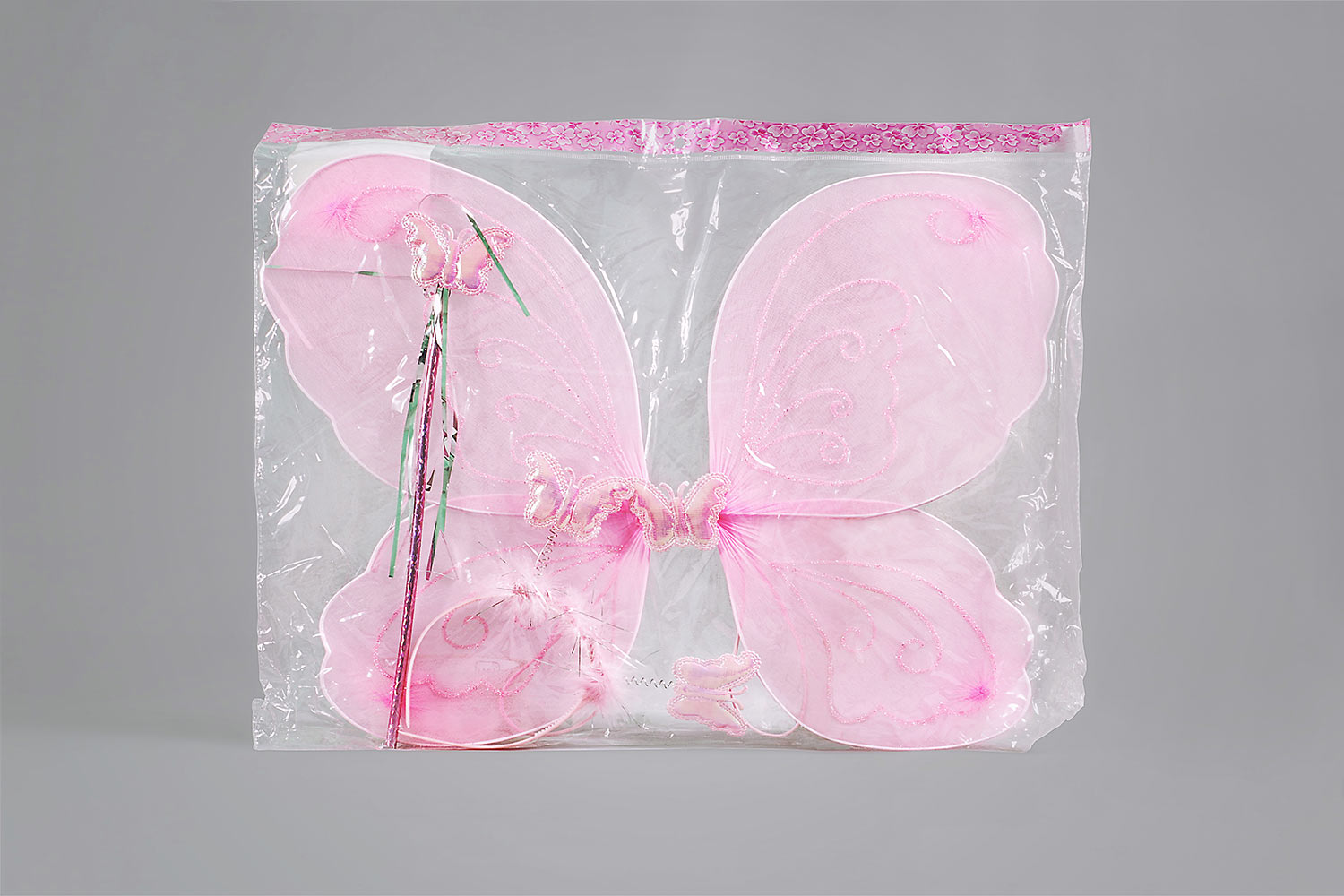 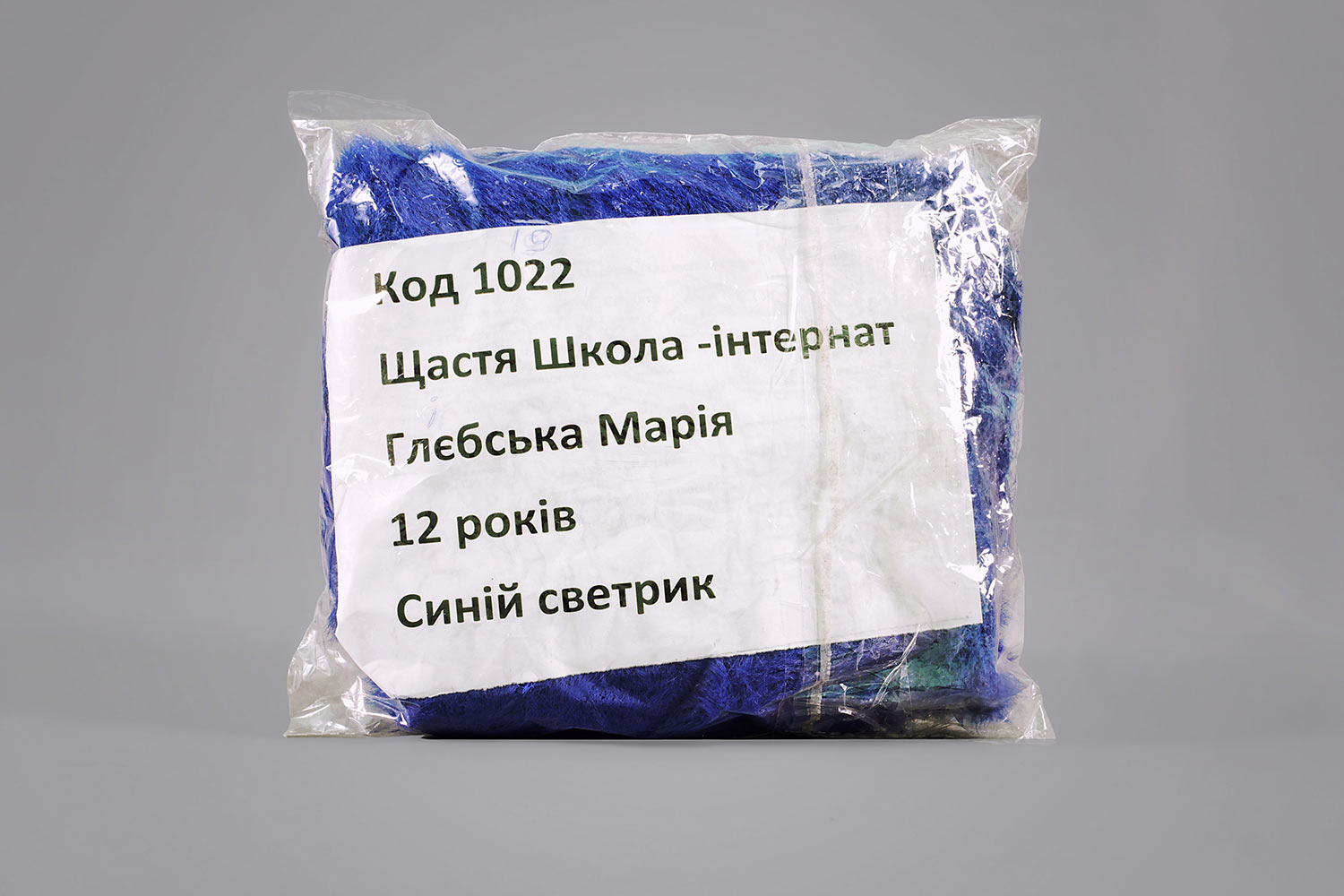 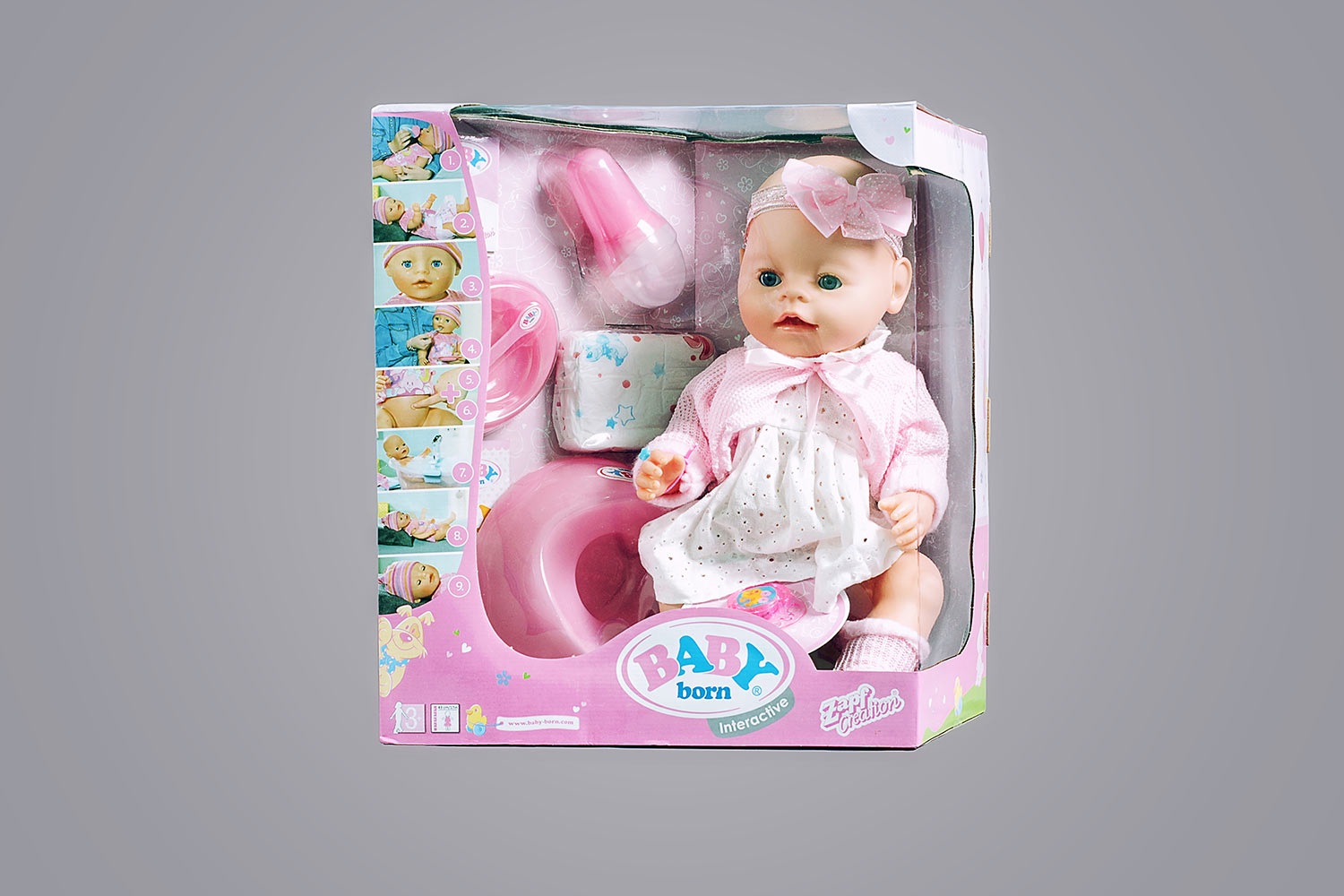 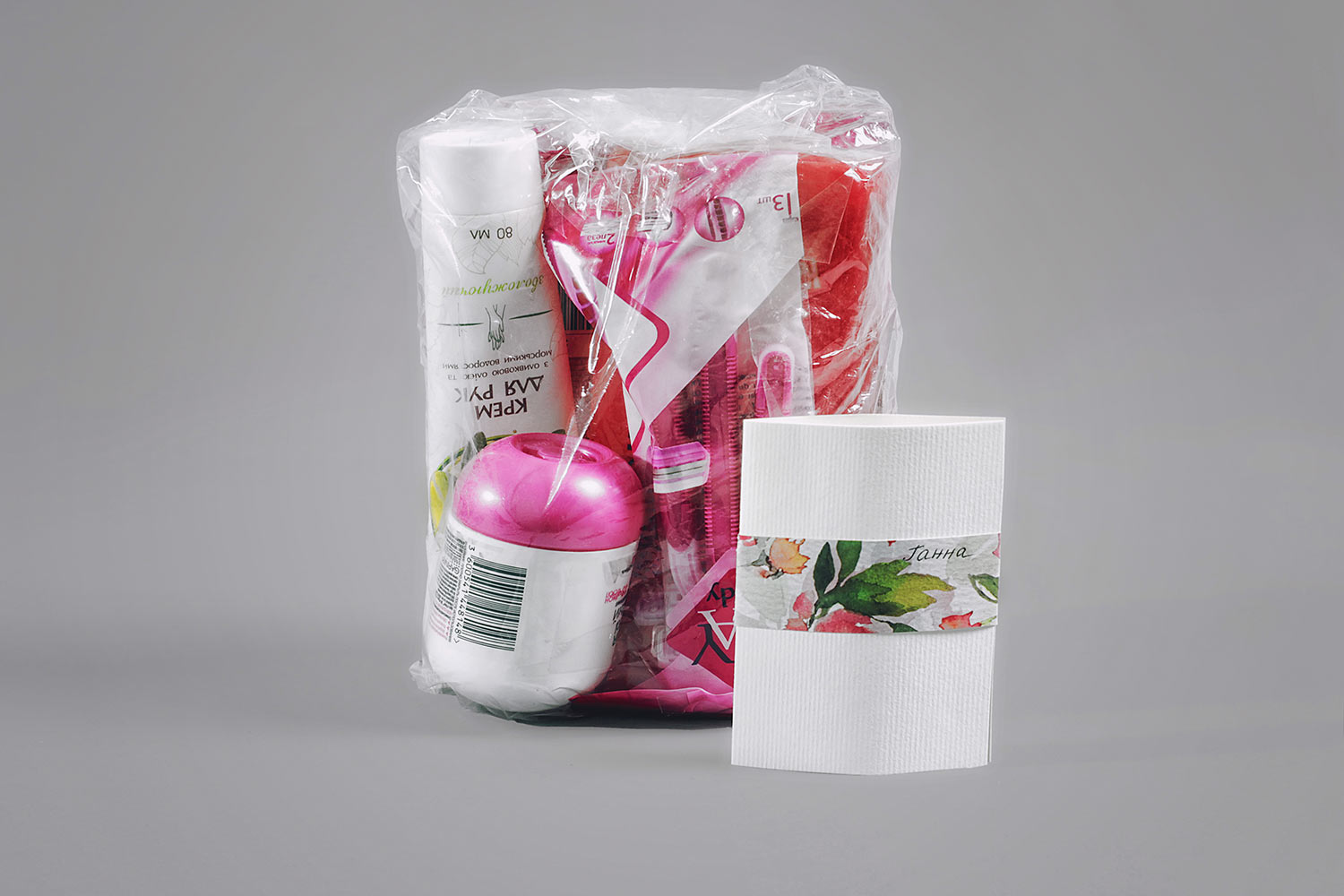 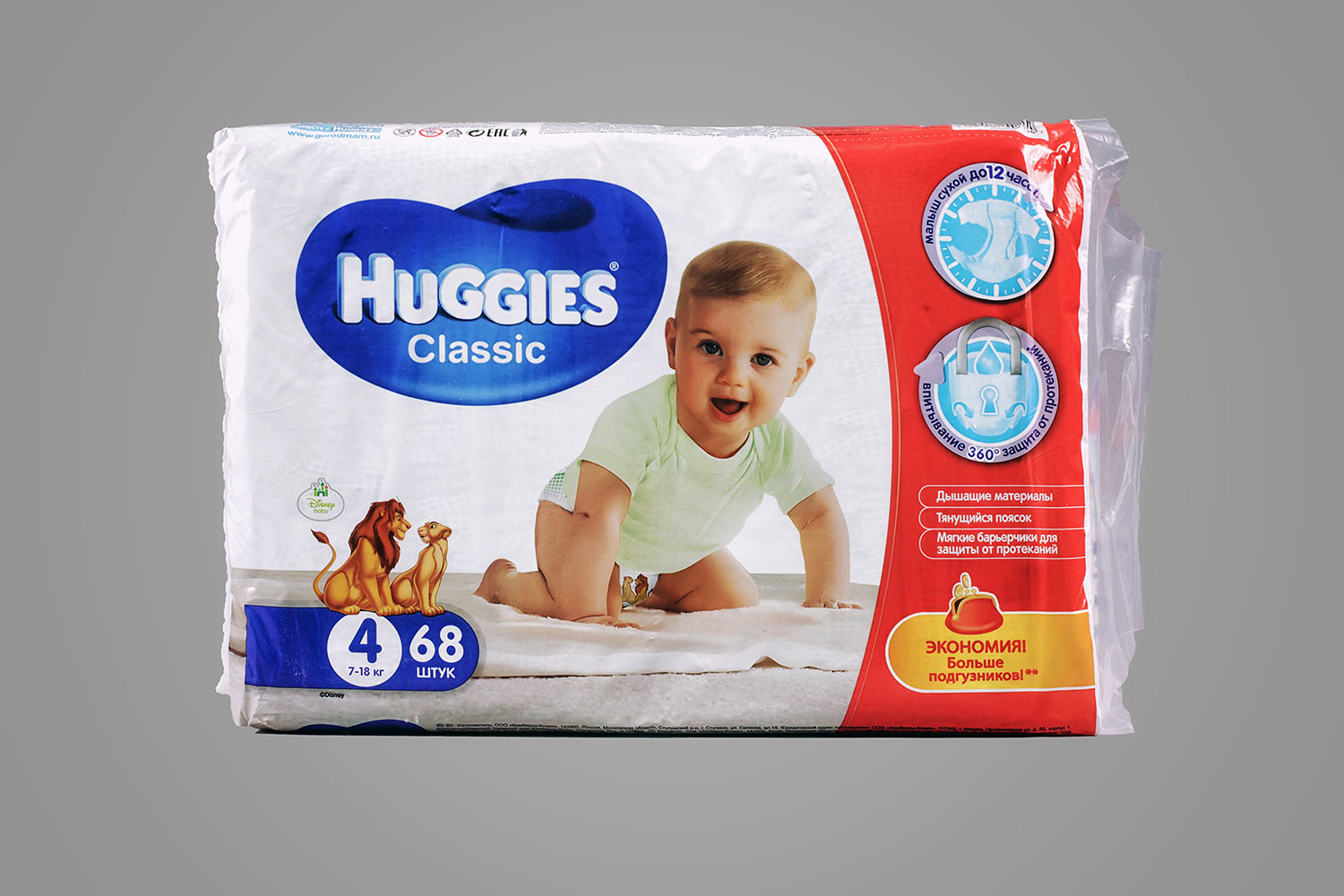 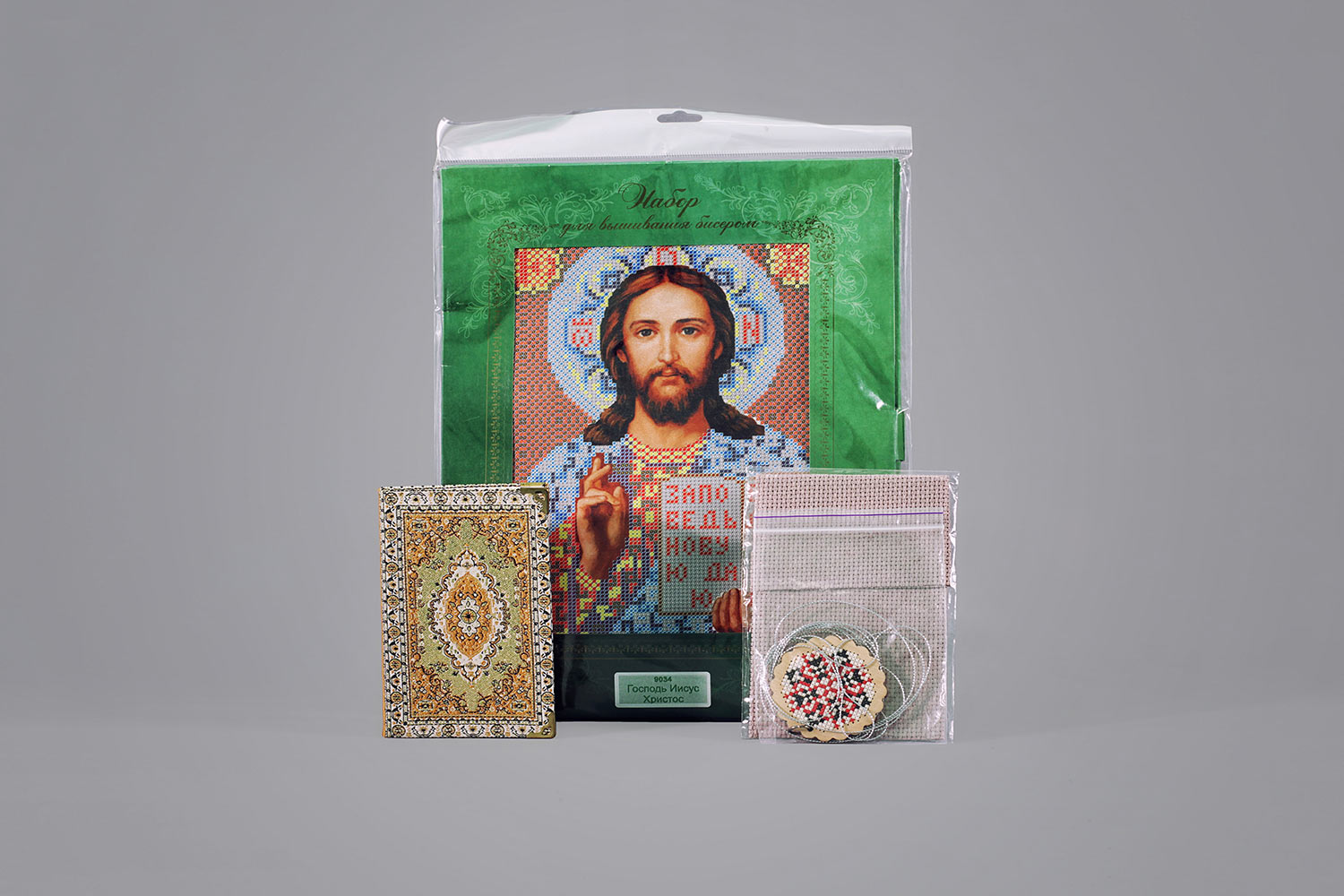 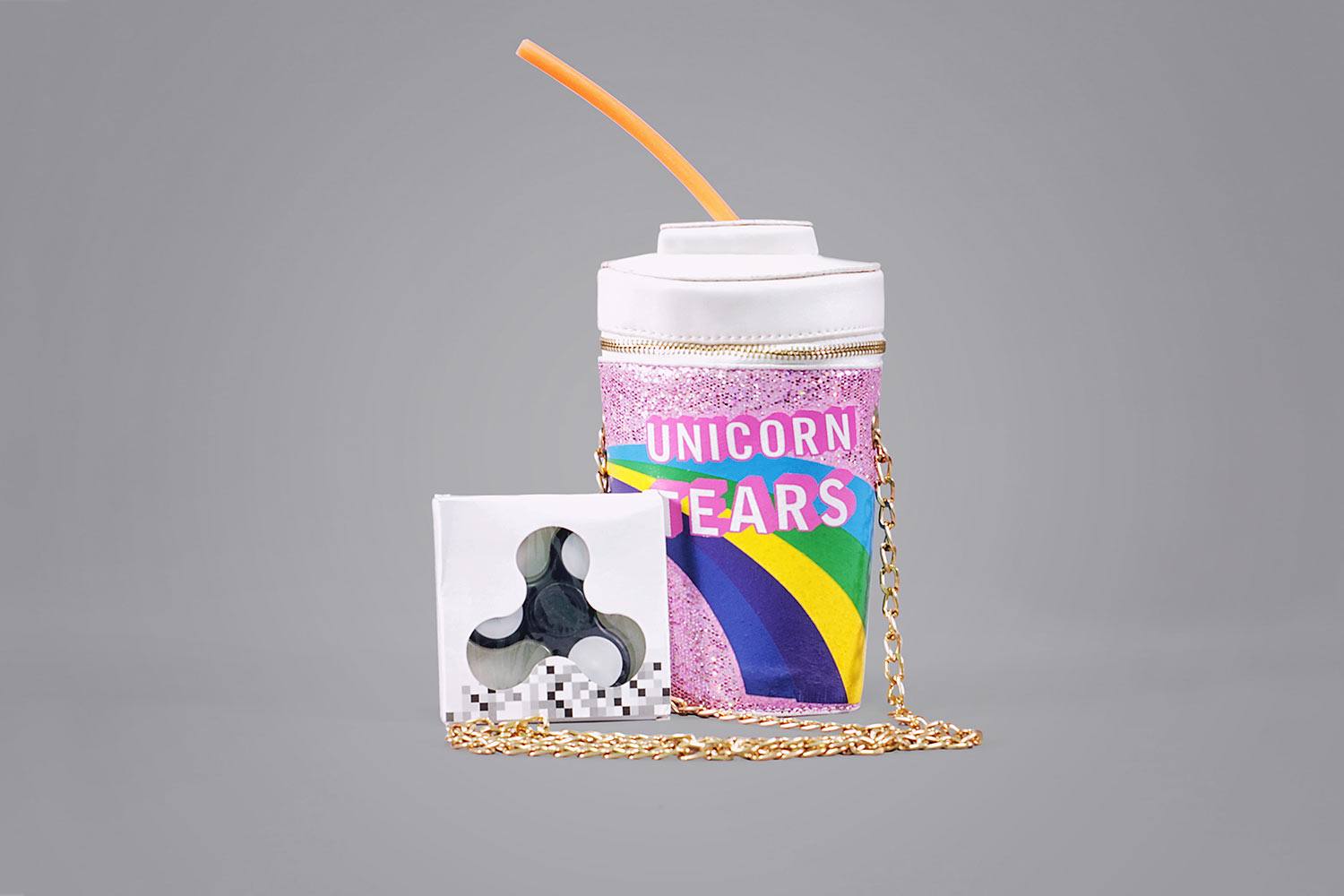 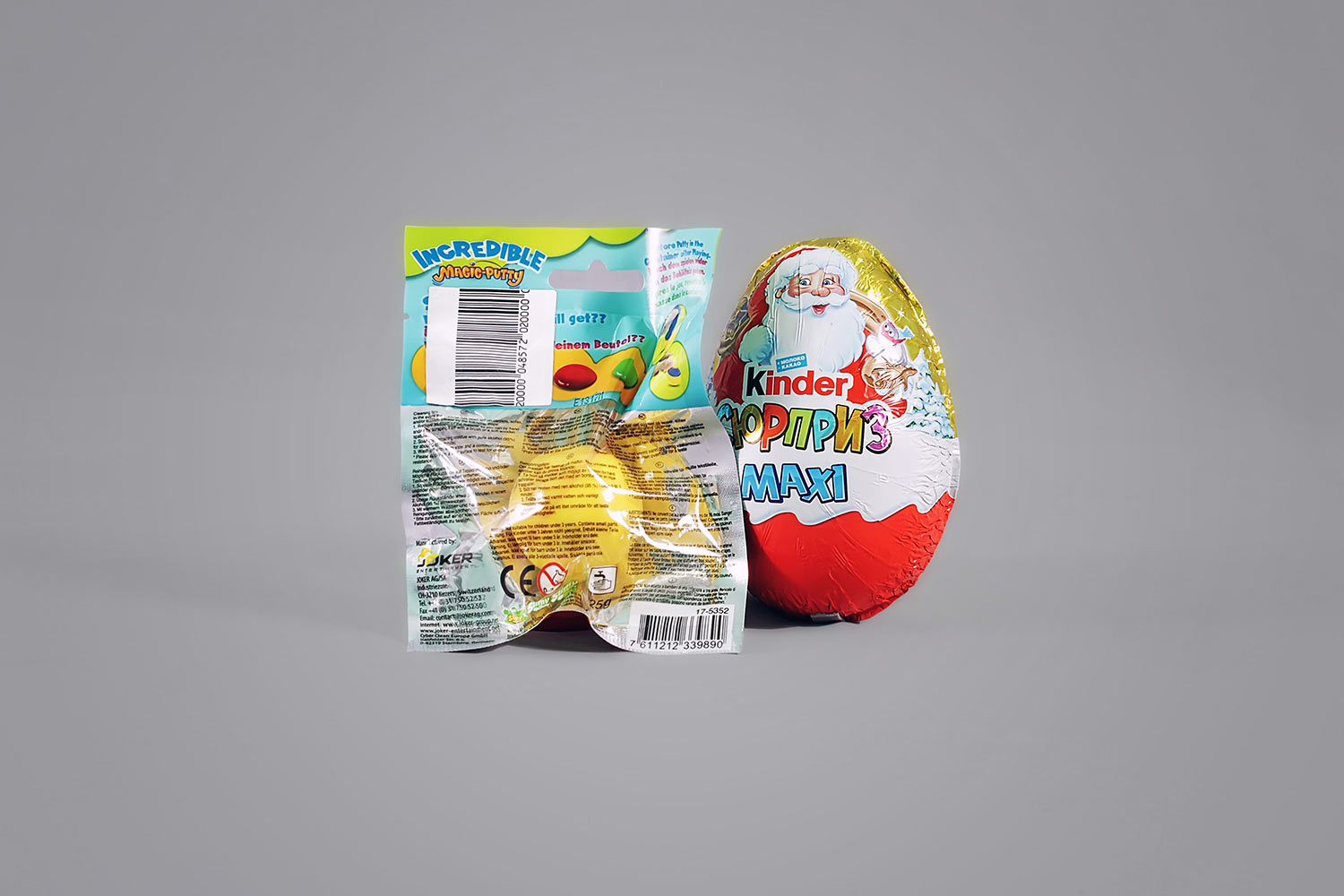 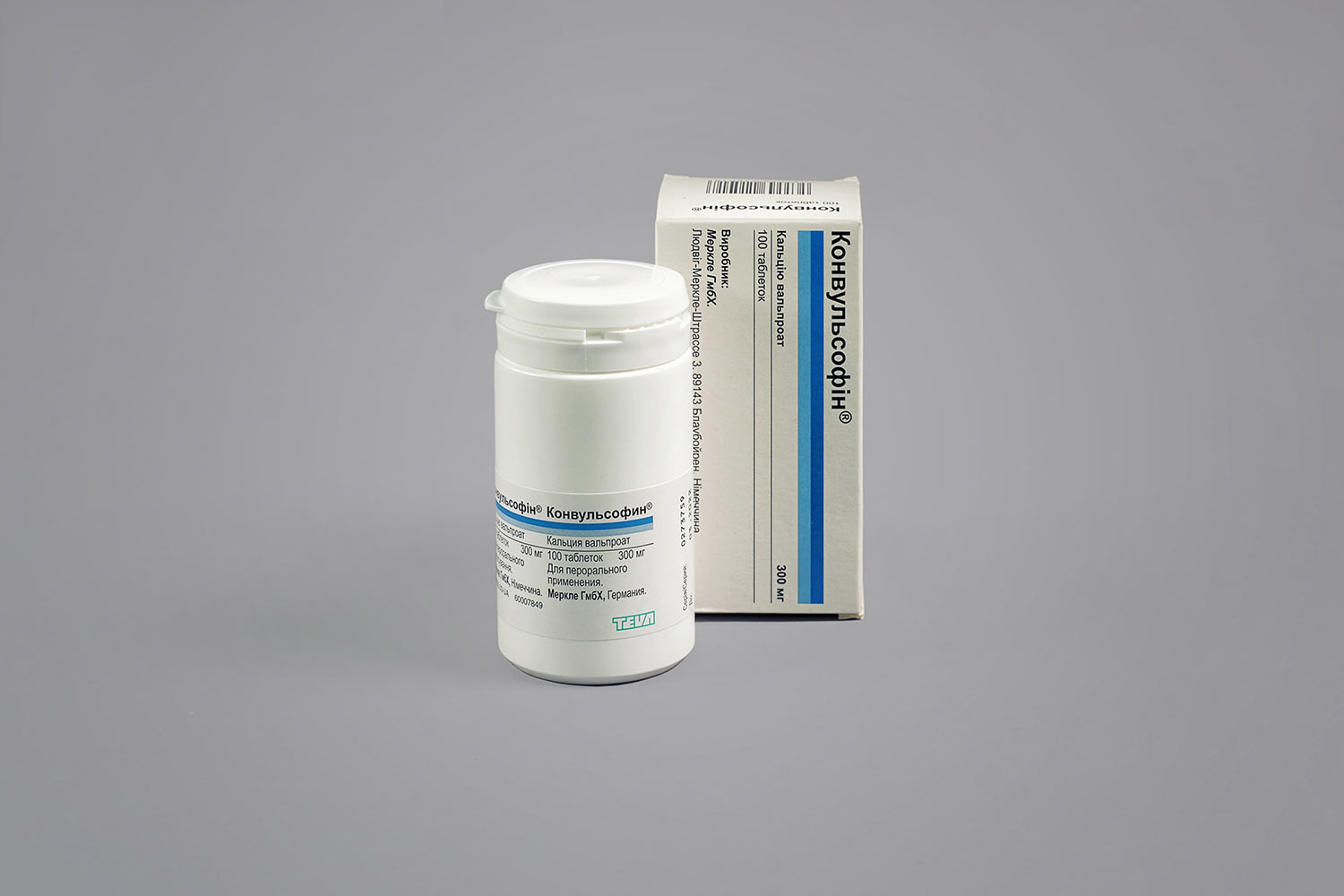 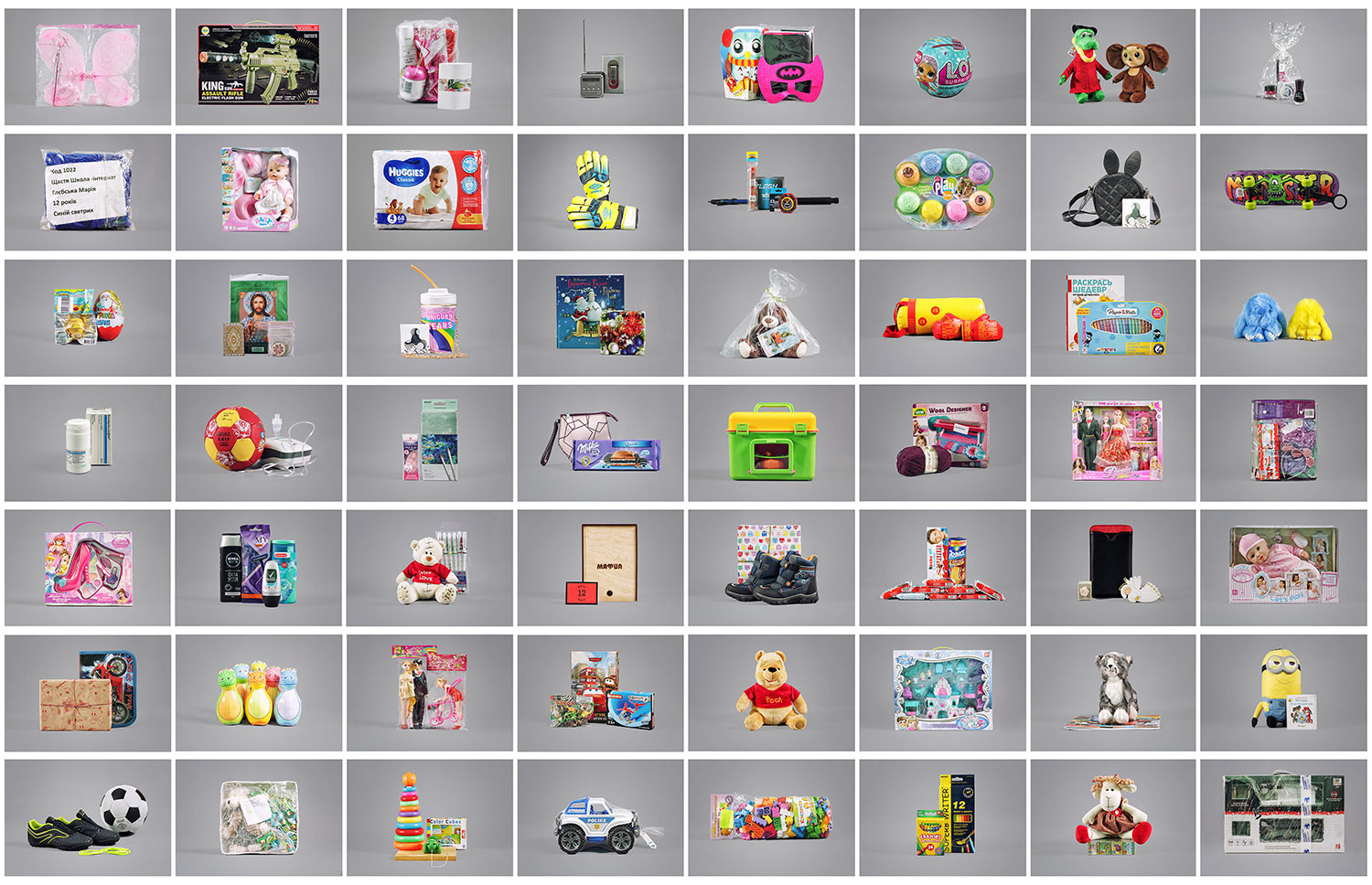 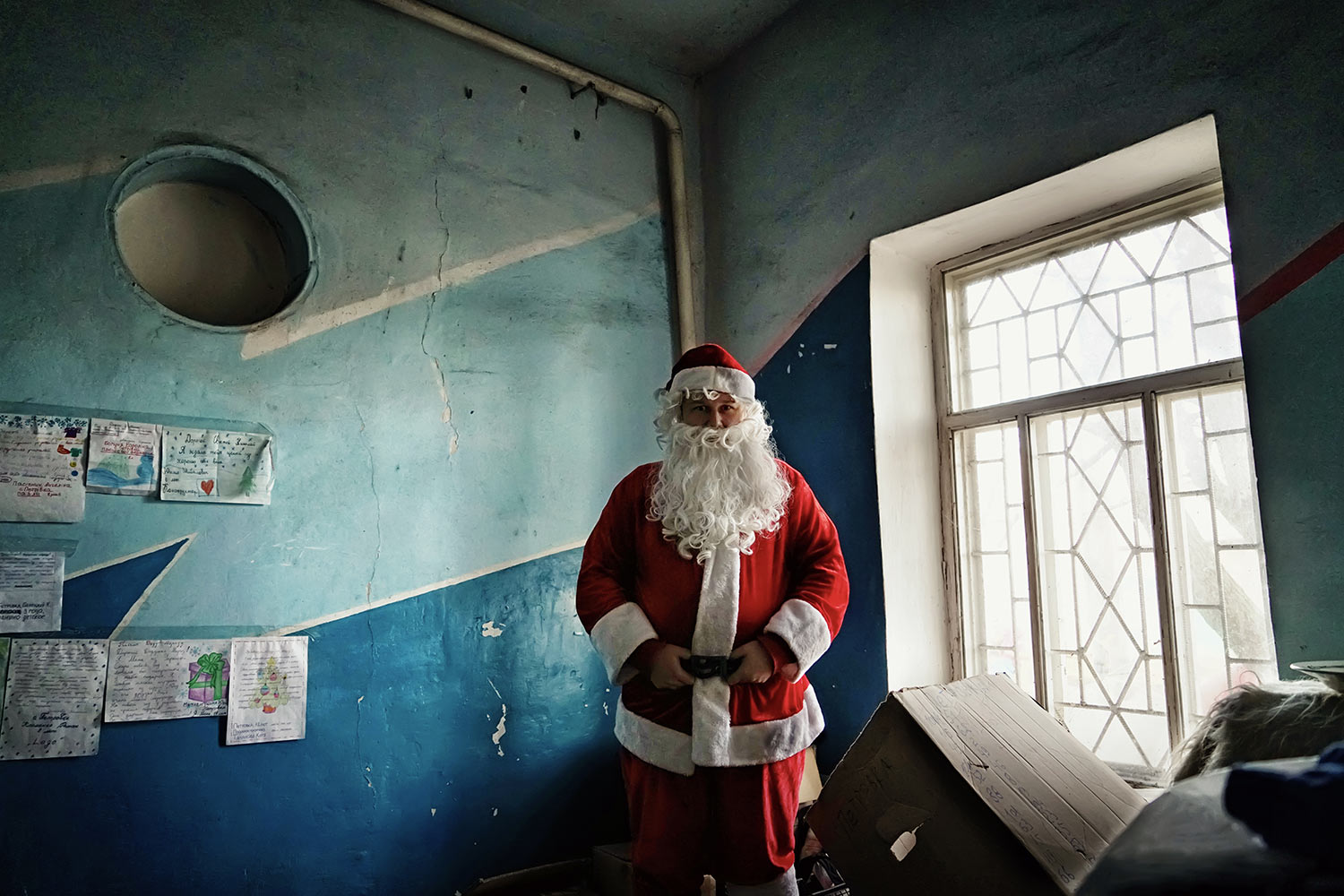 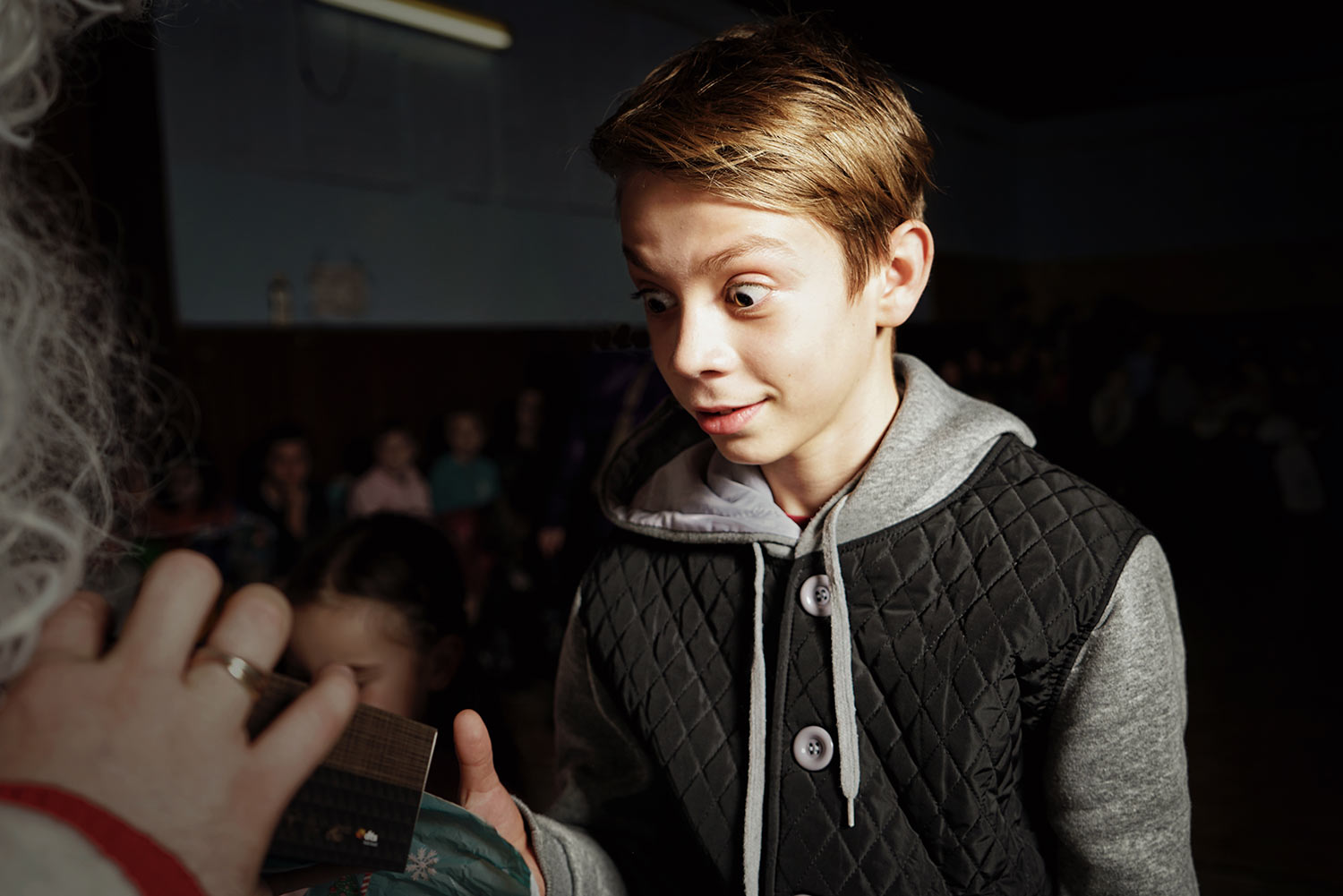 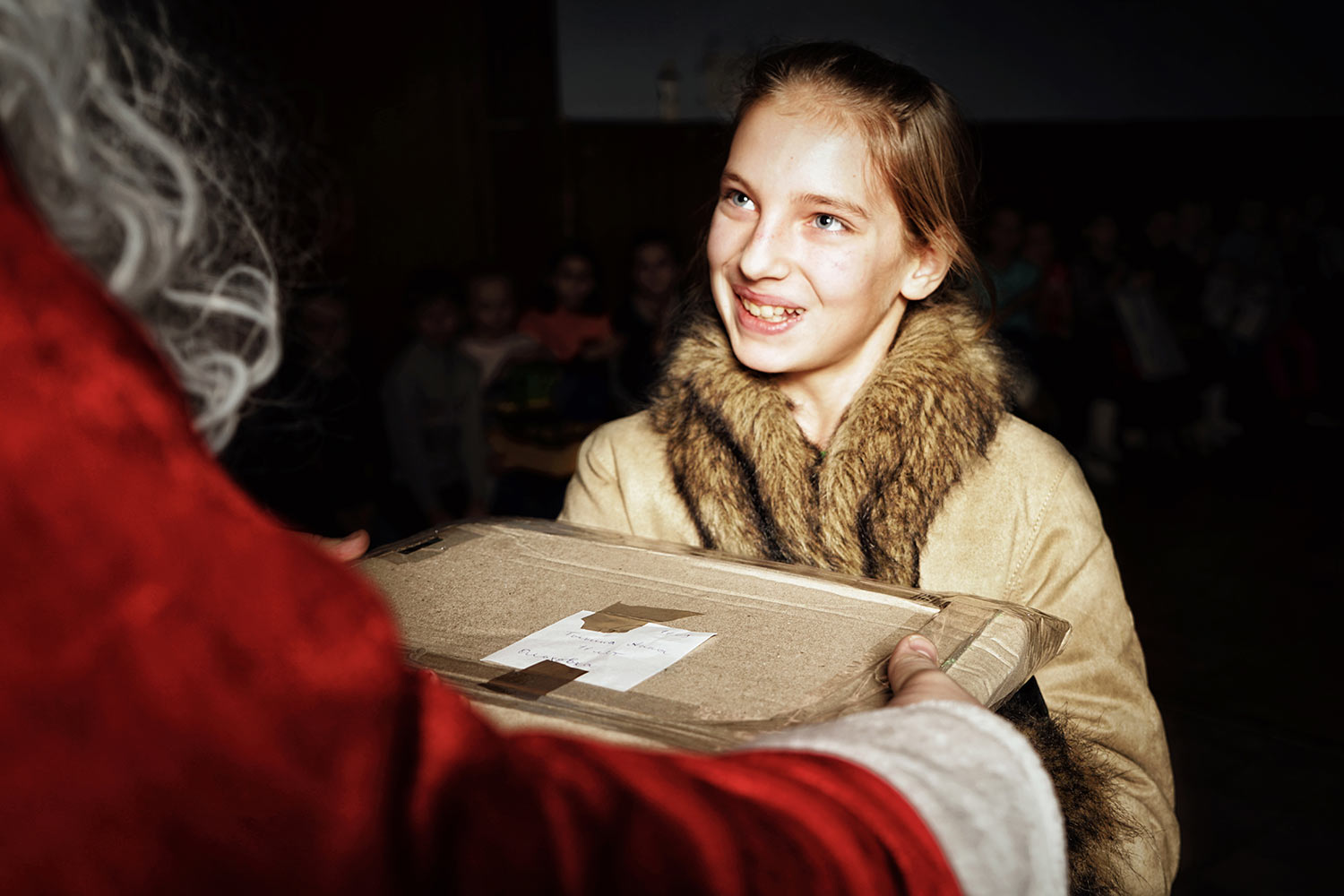 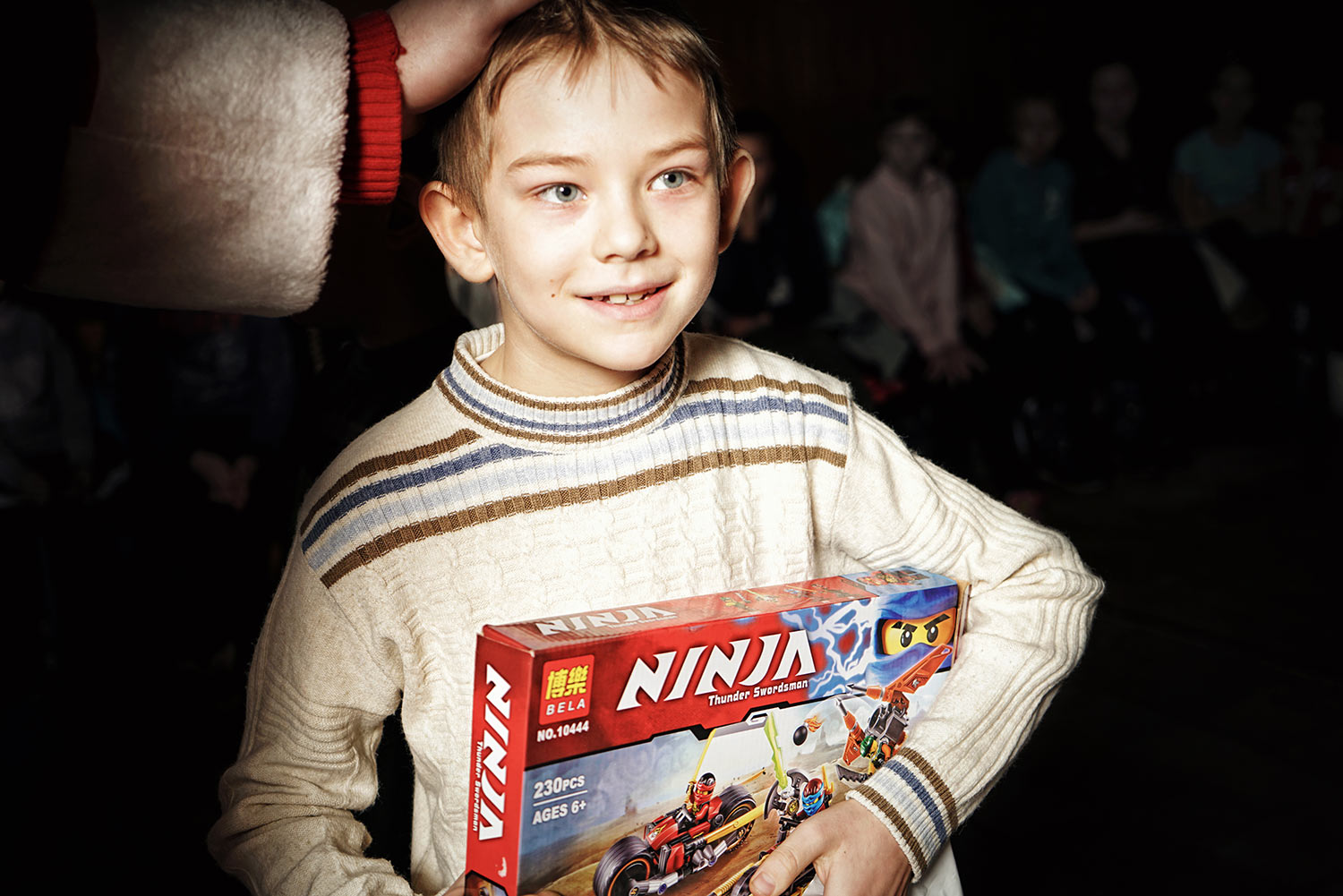 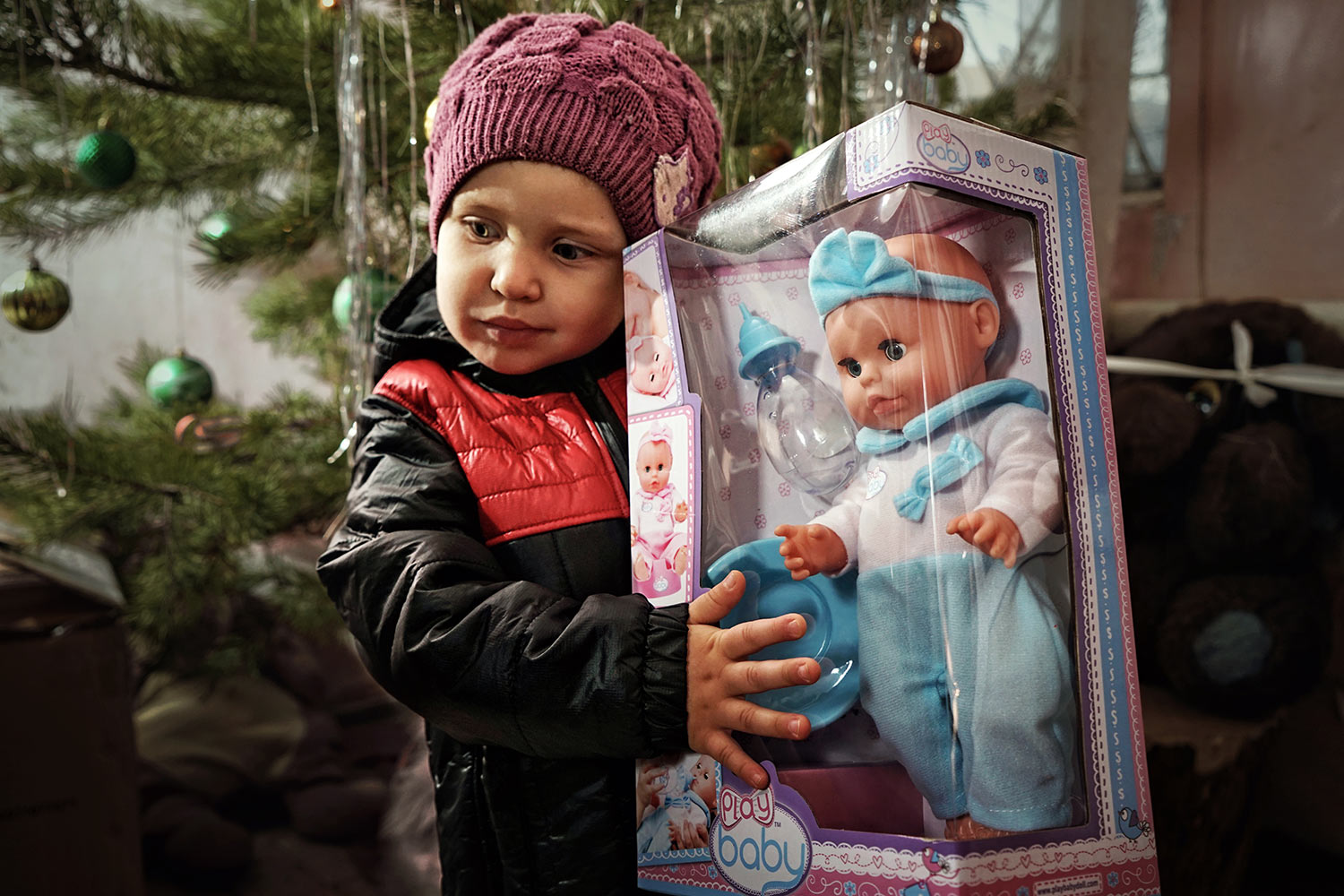 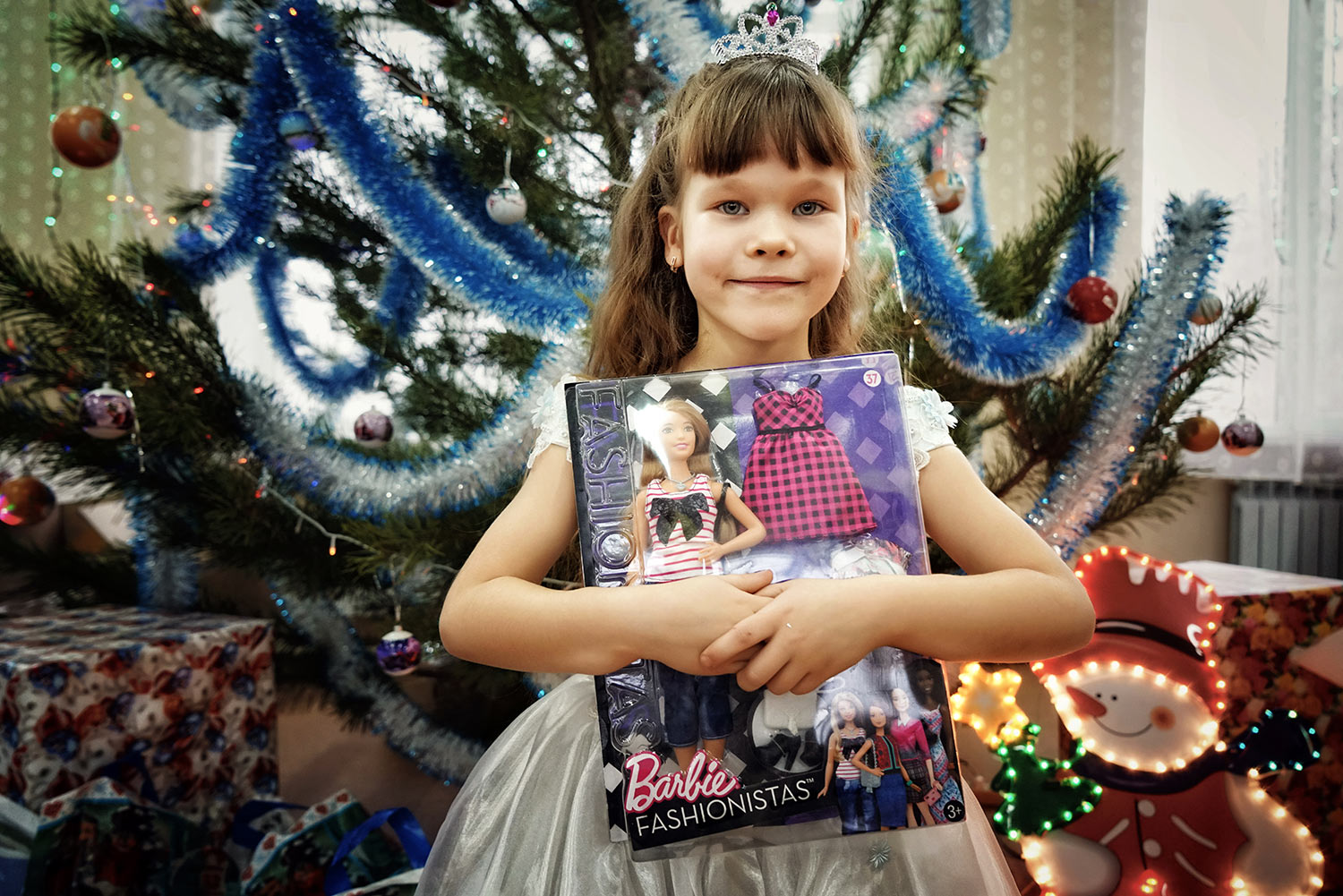 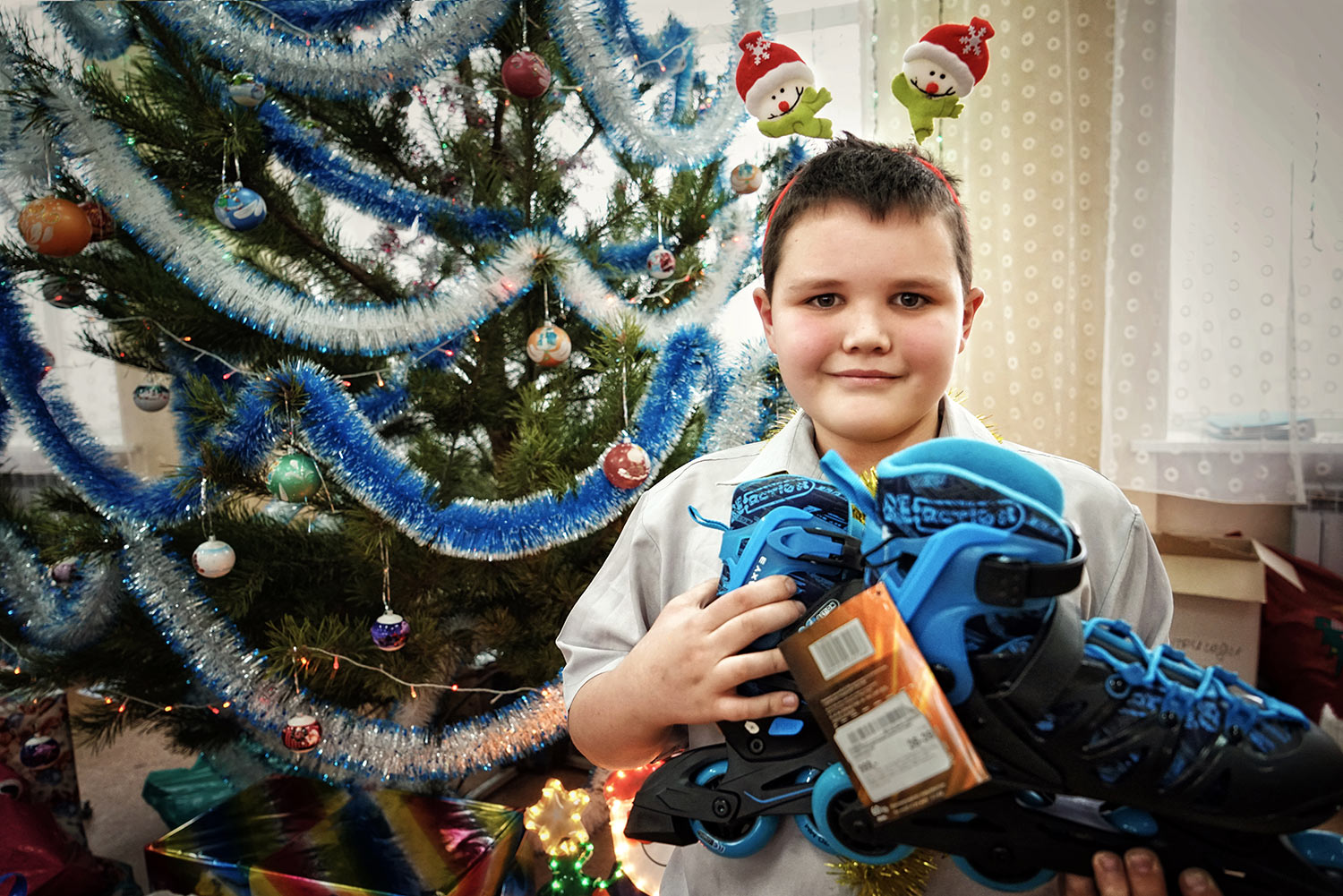 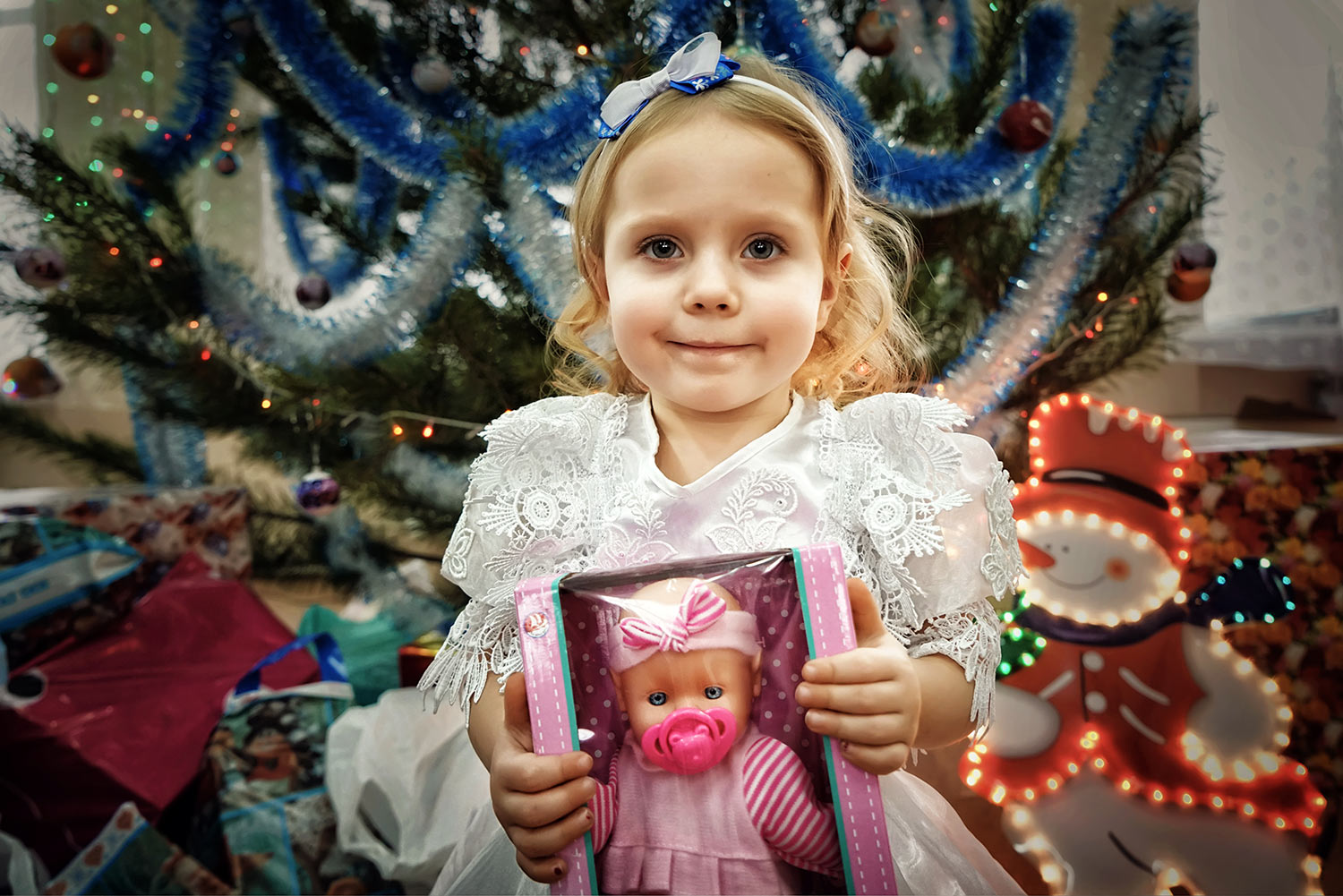 A human being is greater than war

The Unwomanly Face of War, one of the key books by the Nobel prize winner Svetlana Alexievich, is an oral history of the experience of Russian woman during the second world war. First published in 1985, it was translated into many languages in recent years and continues sparking interest around the world. In her book, the author aims at showing war from a different angle, interviewing ordinary women about their life, suffering and emotional experiences of war. Alexievich’s central idea is that mainstream media and written accounts of any war are always focused on tactics, strategies, and death toll, with figures substituting for the genuineness of human lives. Such a ‘male perspective’ is informed by man’s idea of war, his yearning for vengeance, fighting, and revenge. Contrastingly, the female experience of armed conflicts complements these accounts with survival strategies, emotional experience, love and pain of loss. ‘Whatever they talked about, these women all expressed the same feeling: first and foremost, war was murder; then it was hard work. But then, it was also ordinary life: we sang, we fell in love, we curled our hair…,’ she writes.

Most books condemning war I have come across were also written by women: incredible stories of living through war can be found in Gertrude Stein’s and Virginia Woolf’s diaries; critique of the image of suffering and tyranny, its exploitation in mass culture and media is a subject of American writers and philosophers Susan Sontag and Judith Butler. This corpus of texts creates an alternative view on war, humanizing an otherwise depersonalized discourse.

The book by photographer Alena Grom is also an attempt to look at war differently, stripping it off the pathetic patina of a defense mission or heroic struggle (these narratives will inevitably make their way to history). Born in Donbas and with a background in contiguous field, Alena Grom embraced photography relatively late, treating it as a conceptual art. Mastering the visual language of conceptual photography, the author could not help addressing matters that concern her directly: she shoots not the war in Donbas, but the way society interacts with war and what is left behind it. The seriality helps her develop a topic and build dramaturgy from beginning to end. However, one should not see in these photographs mere illustrations of grief and mourning meant to squeeze out a tear. Her photography is not a lamentation; it is a reaffirmation of life. The present book proves it well.

Gift is a concept book born from a collaboration between the author and volunteers of the Saint Nicholas’s Reindeer initiative. On Saint Nicholas Day, the volunteers wanted to make gifts for children in the so-called grey zone. For two months, from mid-November 2017 to mid-January 2018, volunteers collected letters from children living along the demarcation line. 1630 letters were addressed to Saint Nicholas—the Ukrainian Santa Claus, a kind old man bringing presents to good kids. But how can he reach the demarcation line, if the territory has long been labeled as a ‘zone,’ with tripwires, shelling and risk being its everyday reality? In the adult world, nobody believes in Santa and the miracles that happen on Christmas if you make a wish at the right time. Whether Nicholas will come is a political decision, not a mystic one. However, in Ukraine, political decisions often border on magic, leaving citizens and volunteer organizations to solve the existing problems on their own. So, Saint Nicholas’s mission was taken up by ordinary people who cared. They published the children’s letters in social media, attracting a broader audience to the cause. A pink bag, bicycle, balaclava with a flashlight, remote control car, baby doll, Kinder Surprise, chocolate bar, peace—children’s wishes differed in price and meaning.

Saint Nicholas’s ‘reindeer’ communicated with benefactors around the world, receiving gifts from Canada, Israel, Germany, and many other places. Funnily, one of the reindeer is called Donner, meaning thunder, or ‘grom’ in Russian, coinciding with Alena’s surname. Alena Grom joined the project both as benefactor and author: she documented the festive event amid the very unfestive day-to-day shelling.

Gift can be subdivided in four parts: photos of the gifts; children posing at the Christmas tree; children’s letters; exteriors of schools and kindergartens—the true interior of war: streets ravaged by war, abandoned houses, cars rattled with bullet holes. This is not a metaphor for a ‘gift of war,’ it is the actual ‘gift’ all inhabitants of eastern Ukraine got. But not only: photographs feature children with missing limbs—they are war’s ‘gifts,’ too, just like a child’s gaze pointed towards emptiness, evading the camera. As of 2018, the war has been going on for four years, and the number of children who only remember war and shelling keeps growing steadily. But war will be over; what will they talk about? how will they adapt to peaceful life? how will society adapt to them, unused to living in the ‘demarcation zone’? These are also ‘gifts’ war will have left behind.

Alena Grom’s photographs document youth that will soon become full-fledged members of Ukrainian society. These children will get their IDs, their right to vote and choose their future, they will get their powers and duties as well as the mistakes and traumas of previous generations. They will have to carry on their shoulders the future that will have grown from today’s militarized reality. This is an inevitability, regardless of this war’s outcomes or the way it will be written by men in European and Ukrainian history books.

Describing war photography that circulates in the media, Susan Sontag stresses the exploitation of fear that produces more fear. To show the pathos of war, most photographers make resort to well-known clichés such as images of an abandoned toy lying next to a ruined building. Even though a toy is among the objects found in Alena Grom’s photographs, its representation is not conventional. It is not a toy lost by a child evacuated from the city in haste; it is a toy that the child accepted and the one they will live with from now on. It is a different perspective of war, where toy is merely an occasion to delve deeper into the backstage of an ‘armed conflict.’ Grom does not exploit children, she documents the state they are in. Her photos tell us that, behind every news about shelling and devastation, there is a story reaffirming life—a story proving that, as Alexievich wrote, a human being is greater than war.